I've got a control box I'm building and looking for a good way to take 240VAC to two 240VAC heating elements, two 120VAC pumps, and two power supply units for the arduino and valve actuators. I was thinking about using a separate power distribution block for hot1, hot2, neutral, and ground wires. That should allow me to wire up the heating elements just fine, but I'm not sure how to approach wiring up the pumps or the switching power supplies from those blocks. One power supply will be converting Each pump will be on it's own side of a standard 3-prong 120v outlet (tab pulled so they can be wired independently) Should I take hot1 to feed one pump while taking hot2 to feed the other? Or should I take hot1 to both, and take hot2 to the power supply units?

We need to know what country you are in before any advice can be given. Or at least how your mains is distribuited, it is different in diffrent places.

Well if in the U.S., the common household feed is 240vac 'split-phase' power. You have in the main distribution panel buses named H1, H2, N, and ground. All 240v loads must wire between H1 and H2. All 120 loads wire to either H1 and N (neutral) or H2 and N, with some consideration to trying to keep the total current consumed equally balanced between H1 and H2 as possible. Grounds are separate wires going to all equipment designed to have a safety ground, which should not carry any current except during fault conditions.

United states. I accidentally left out that one power supply will be converting to 12VDC 1.8 amp. I plan on using this for the arduino. The other power supply will be 24VDC for the actuators. I'm thinking this will be closer to a 1 amp draw. Retrolefty, you got it right, I'm attempting to balance the load as best as possible. The pumps will only draw about an amp each, but for the most part aren't going to be operated at the same time. The arduino is unlikely to draw anything close to 1.8 amps, but that's what mouser electronics has that looks to fit the bill. Perhaps arduino and 1 pump on h1, actuators and other pump on h2? How much wiggle room do I have in balancing the load?

I'm assuming I can use the same ground for the 240VAC and the 120VAC, is that correct? Also, neutral wires should be able to use the same distributor block, regardless if they feed to a 120VAC or 240VAC receptacle, right?

The arduino is unlikely to draw anything close to 1.8 amps, but that's what mouser electronics has that looks to fit the bill. Perhaps arduino and 1 pump on h1, actuators and other pump on h2? How much wiggle room do I have in balancing the load?

Not critical, just make sure large 120vac current devices like pumps are balanced between the two H1&2 buses. The arduino's power supply is too insignificant to the task of load balancing.

I'm assuming I can use the same ground for the 240VAC and the 120VAC, is that correct?

Yes there is only one ground system that originates at the centertap of the electric pole transformer's secondary winding center tap and the wired to a ground rod near your service entry and wired to a ground bus in your service distribution panel, and inside the panel the neutral bus is there wired to the ground bus. Every circuit cable leaving your service panel to elsewhere in your home has three wires in the cable, either a Hot, neutral, and ground wire for 120vac circuit loads or H1,H2 and ground for 240vac loads. So just be clear that a nuetral wire is at ground potential but is designed to carry current in normal operation. A ground wire to a outlet is a safety wire and is designed to carry current only during fault conditions.

Also, neutral wires should be able to use the same distributor block, regardless if they feed to a 120VAC or 240VAC receptacle, right?

I was going with a 4 prong plug and receptacle, so the wires are h1, h2, neutral, and ground. That is the input to the control box. From here, I was going to wire to separate h1, h2, neutral, and ground distribution terminals (I believe you termed them a bus).
Since the receptacle is rated for 50 amps, and the max current I would pull if everything is on at once is 43.4 amps, I think I'm within the limits of what is acceptable, right?

Does that look right? I would rather feed the box once, but will defer to experience if what I'm looking to do isn't going to work the way I anticipated. I want to go with two relays for each heating element so that when power is cut off, it is really cut off. If the arduino is programmed to send a signal to shut off both relays to a heating element, I assume this has to be done on separate pins.

He needs a 1Ph 4 wire recepticle and plug since he wants 120/240 service. It will need SO4 wire, red/black are L1/L2, white neutral and green is chassis ground.

If your power supplies support 208/240, wire them as such. the pumps will tolerate modest line imbalances.

These are the power supplies:

It looks like they do support 208/240, in which case I should wire each with h1/h2/ground instead of h1/neutral/ground and h2/neutral/ground?

As of yet, I do not have the distribution terminals. I am very open to suggestions. I've been looking at mouser and grainger for something that will work, but haven't found anything that jumps out at me as being an obvious choice.

You probably need to go to a home improvement store and get a good wiring book, or hire a commercial electrician to wire your panels and drops (especially if there is any "commercial" aspect of your operation). 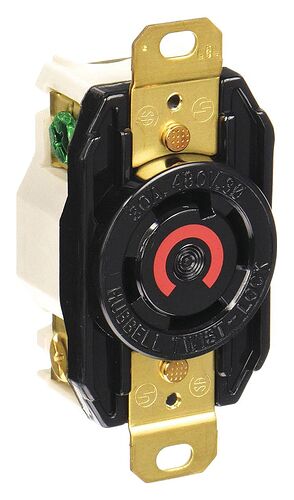 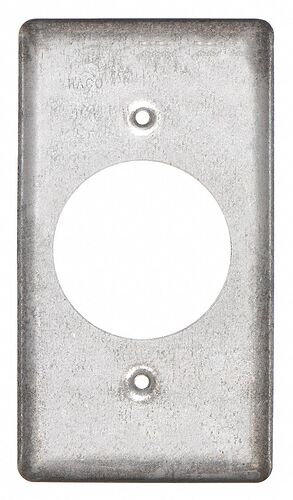 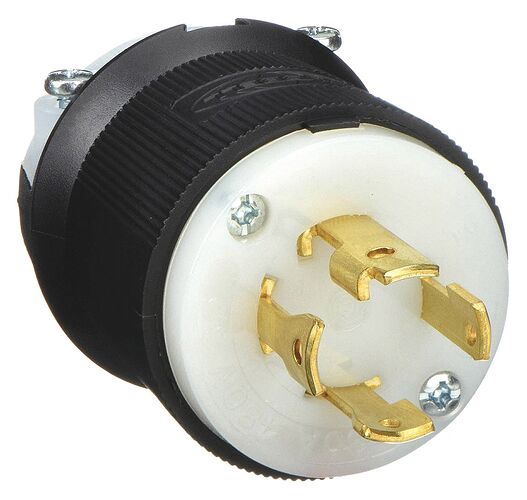 Its all a matter of knowing what to ask for.

I've already got the receptacles. I need distribution blocks.

I hope you have space for the breakers. Specially the heaters. For safety, I recommend a seperated breaker for : pump 1, pump 2, heater 1 and heater 1. The PSU for the Ardiuno and the actuanator are not critical regarding the current use.

Let me explain this way... 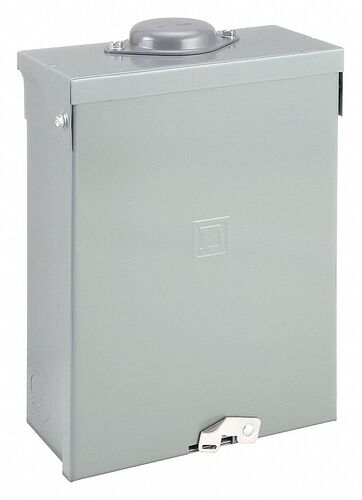 Yea, I was going to hook the unit up to a 60 amp breaker.

Any suggestions on distribution blocks? Still looking for those...

Distribution connections are done at the bussbars, breakers, and contactors.. If further interconnects required use DIN mounted pheonix blocks.

Think this will work to split power from the input receptacle to the various loads? http://www.mouser.com/ProductDetail/Molex/39910-0106/?qs=QQJxVsr8EGadqRk8HMoGrw%3D%3D

It would if you are making a PCB, but for point to point wiring use a DIN Mount terminal block or 600V rated cinch blocks, such as: 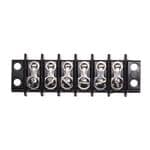 available in various styles. If you use the open back ones(non 600VAC rated) you must place an insulator behind the barrier strip.

Hmmm. It seems with those, each terminal is isolated. i.e. I couldn't attach a wire from the power in receptacle to the block, and then wire out to each load from there. I was figuring that I would need a total of 4 distribution blocks (h1, h2, neutral, ground) to keep from an unruly mess of wires.