This is my first project, and i'm a newbie on arduino. I'm trying to dim a 3w led trhough analogWrite to a Driver, but it seems that i don't get how to... as led stays on without considering A3 values i send to.

Any tip to get it working? Did i choose the right controller? 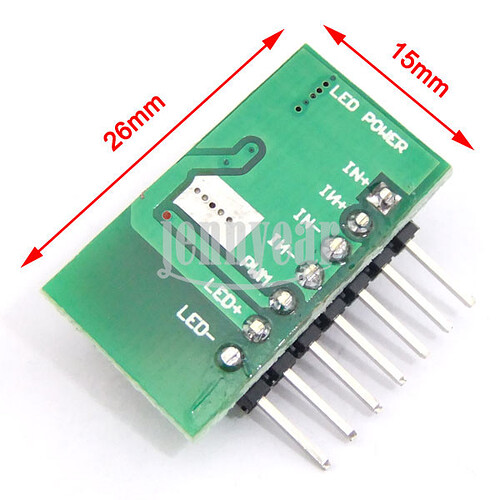 So i plugged driver pwm to arduino A3,

A3 is an analogue input, not a PWM output.
Please post your code.

Did i choose the right controller?

Yes but the wrong pin.
Only certain pins are capable of PWM control, for your Arduino:-

Wow! Thx for that fast responses!

Never thought that i should plug to pin3 to get analog output, as my logic was on a3!

Thanks for your tips!

Never thought that i should plug to pin3 to get analog output,

It is a PWM output not an analogue one. It is still digital.
http://www.thebox.myzen.co.uk/Tutorial/PWM.html

Hi all, here again to report no progress.

After plugging it to Pin3, I still have not been able to at first shut the led off, to afterwards code the values to dim the light. It stills output as full open light.

The led driver is powered by 7.5v DC

here is my test code. 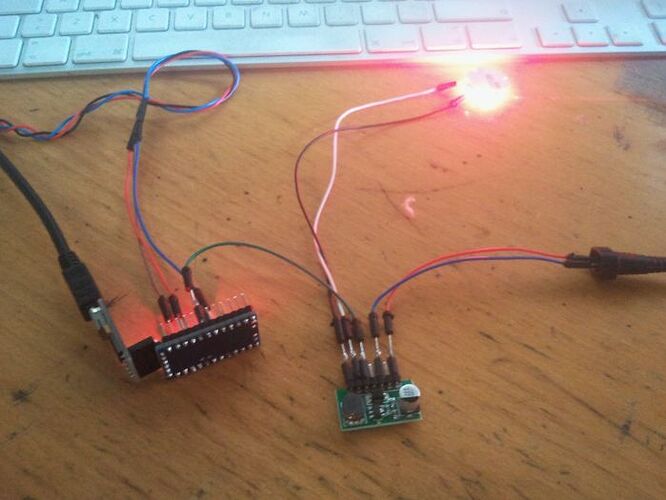 Also, you may want to urgently mount your LED to a heat sink with some thermal tape, thermal epoxy or screws and thermal paste. If the LED gets the full 700mA for too long it will overheat and that will dramatically reduce its lifetime!

Headroom, there's no pinMode missing, if that's what you're implying

Thx awol, as i read analogwrite function doesn.t require to be declared to be on output mode.

Any tip to explain why doesn.t react to pwm led driver?

By the way, once i get it working i will consider heatsink as i want to drive it on short pulses, and right now i use it for test purpose, so it doesn.t ouput that much heat.

Well that code you posted only ever sets pin 3 to off so I am not sure what you expect it to do.
Have you connect the arduino's ground to the ground of your dimmer board?

Headroom, there's no pinMode missing, if that's what you're implying

Yup, that's what I was referring to. Guess I need to do my own reading XD

@OP
The LED driver you are using employs a PT4115. The data sheet recommends an input voltage of 6-30V and has an under voltage lockout of 5.1V. I have used three of these http://www.ebay.com/itm/high-efficient-led-driver-0-35-and-0-7-and-1A-good-use-Arduino-/370632520478?pt=LH_DefaultDomain_0&hash=item564b6b731e which use the same chip and when trying these out first I had hoped to get by with a 5V wall wart I had handy. Unfortunately at 4.9V it was below the low voltage lockout. When I used a 9V Wallwart things started working as expected

First, i finally got working the PWM Led Driver thanks to all your comments... basically i didn't plug it to ground

.. So much obligated, Thanks.

Now i've got the same problem... with the Led driver that HeadRoom suggested. Great Price though. 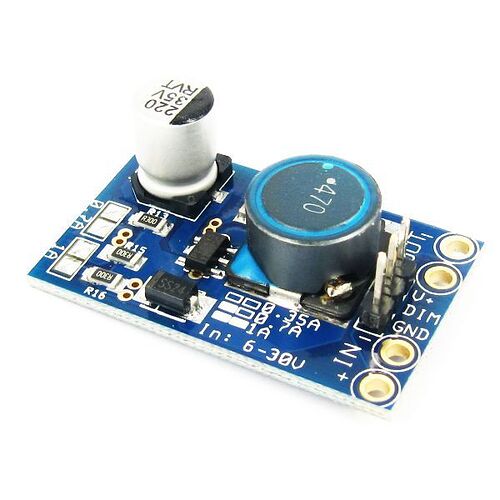 Do you have your grounds connected between your Arduino and 9V?

Datasheet for the PT4115: www.micro-bridge.com/data/CRpowtech/PT4115E.pdf

Again, the ground problem... or i should say my poor knowledge of IC...

So now everything works fine.

And now, hopefully my last question.

With the first board (although Vin Specs are the same or higher as the second one) i can use arduino and led driver just by using a 9V battery plugged to Arduino, and from MiniPro supply the led driver and Led.

On the second board... I cannot figure why it doesn't work, as i have to power the mini with usb, and Led driver with 9V...

Perhaps you post a little schematic of what is connected how. From your description I cannot gather what a schematic would look like.

I will try to draw a schematic by hand to upload it soon. By the way, did you accomplished powering led driver by using only one 9v Battery on Arduino and nothing else?

Any chance that this would power the led bright enough?

Thanks for the board help!

I have thread title is "Sync a motor to HDMI signal", but don't be influence by title.

The LED driver by PT4115 is working same a way, but it might be no available at local.

The LED driver board I posted is available throug ebay and costs 3,50 not including shipping.

No I did not operate that LED driver board from a 9V battery I had three of these to operate a 700mA RGB LED. I would not attempt to do that with a 9V battery

However, If you initial Driver worked from a 9V battery there is no reason the Driver I suggested should not be able to do that. It uses the same IC.