Hello everyone, I recently purchased my first arduino board in the hopes of making a special thermostat to control a zone valve at temperatures of 212 to 214 Fahrenheit . However being a noob, i believe i may have gone in the deep end.

My probelem - I purchased a temperature probe from atlas Scientific (ENV-TMP-D: Digital Field Ready Temperature Probe with Data Logger) thinking that it would be “cool” or somehow better if i got the digital variety of the probe over the analog.

Now that the probe has arrived im not sure how to hook it up to the arduino. It has 4 wires ,red-vcc,white-RX, Green-TX, and black-gnd.

THE MAIN FEAR IS THAT I WILL LET THE MAGIC SMOKE OUT OF THE ARDUINO OR THE PROBE. :o

Do any of these wires require a resistor between them or in line to the arduino?

Then comes how to i get the arduino to talk to the probe, im sure it takes some library but also not sure.

Thanks in advance, any help will be very much appreciated 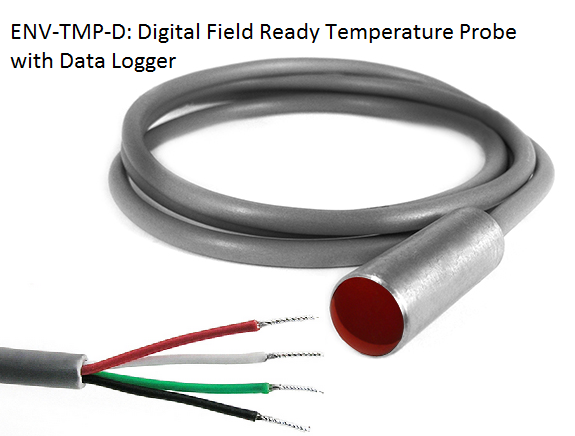 The product page contains a link to a sample Arduino connection and code. I can't imagine how anyone here could explain it better.

In the future you should consider DS18B20 sensors; much cheaper and well-documented with a little searching.

WOW, some how I managed to over look that.

Thanks for the help Chagrin.

Haha right on the main page!

Now i feel silly for posting this

But this leads to another Question

Can i reassign the tx and rx pins in the code to be pins 0 and 1 on the arduino. Or is there some reason that the Tx and Rx pins were not used?

When you’re uploading programs to the Arduino that data gets echoed on pins 0 and 1. If you have the sensor connected to those pins while the upload is occurring it can “garble things up” (technical term). Your probe has quite a few commands it is capable of, including setting the baud rate and data logging, and enough random data sent to it could potentially brick or otherwise harm data on the device. In that respect SoftwareSerial and using pins other than 0 and 1 is not a bad idea.