The Arduino is connected to 4 Allegro A6276EA LED drivers for the control. Cube is built in common anode configuration from 512 3mm high brightness leds. I'm using a computer power supply to provide 5 volts to the cube and the Arduino.

Took about 2 weeks to build. It should have been less but I had other projects going on. Last month I built a 4x4x4 cube using 1 A6276EA chip as practice. That one worked fine so I ordered 1000 LEDs off eBay and scaled the code up to 8x8x8. 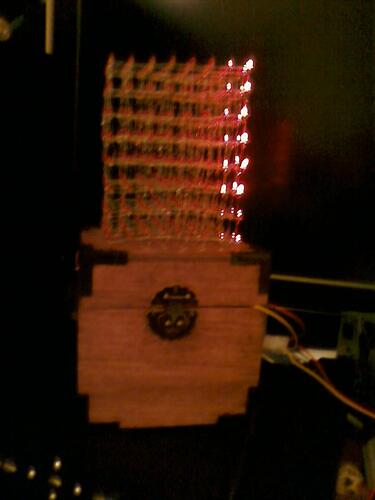 How to Build an 8x8x8 LED Cube and Control It With an Arduino: Jan 2020 edit: I'm leaving this up in case anyone wants to use it to generate ideas, but there's no longer any point in building a cube based on these instructions. The LED driver ICs...