A way to measure current in the battery holder:

This is so simple a solution, that I'm almost embarrassed to show it.

Quite often I need to measure the current drawn by some setup. If it is on the breadboard it is no problem, but once everything is soldered together, it will mean having to cut a wire or unsoldering a connection to get the ammeter in series.

If the device is battery powered, I use this solution:

A small strip of double sided PCB with a lead soldered to each side.
Push back the first or last battery in the holder against the spring, and insert the PCB between the end of the battery and the contact plate in the battery holder.
Then connect the ammeter to the wires, and you can measure current without cutting wires.

I've sharpened the end of the strip a little, to make it easier to insert if the battery holder is a tight fitting one. 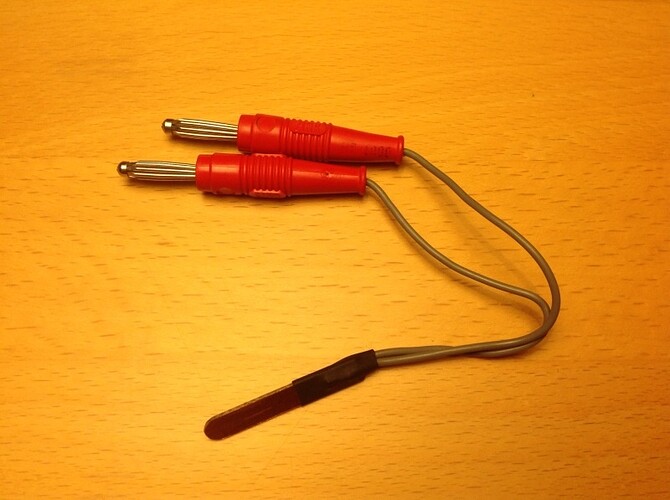 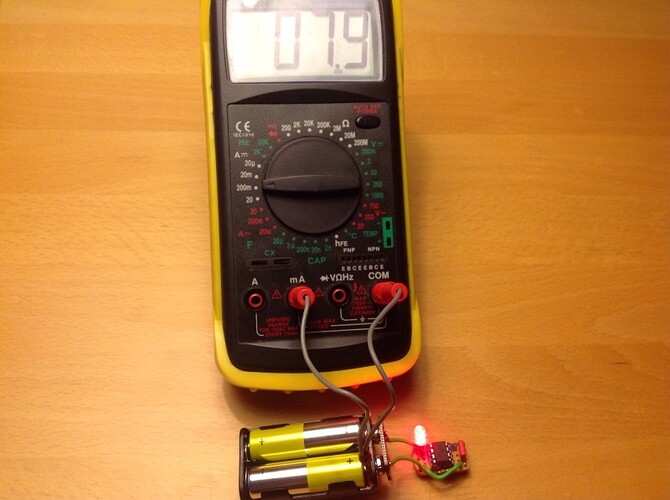 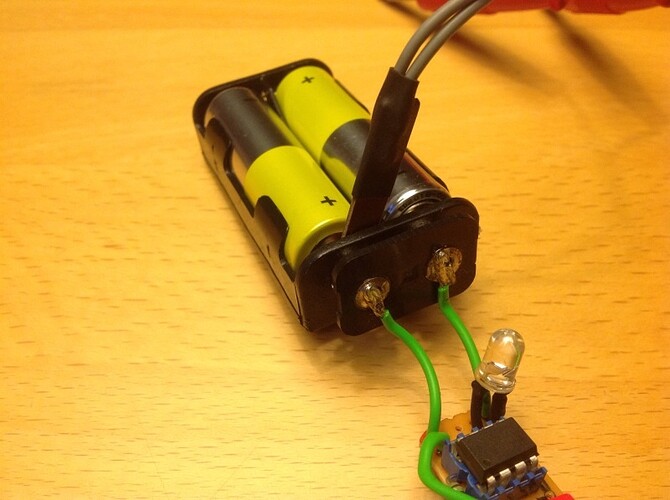 Nice idea.. Every multimeter should come with a set!

MarkT:
Nice idea.. Every multimeter should come with a set!

If a switch is attached to the wires instead of the multimeter, you will have an "insertable on/off switch".
It can be nice for testing, or for device hacking, when you just need something to be attached to a piece of wire and a switch, but do not really want to do something invasive to the gizmo ( the kids will want their toys restored to working order once dad has finished playing).

The simplest ideas are often the best. Guess what I'll be making later? 8)