Acceleration direction on the MPU6050 sensor

Hello, I have a question about acceleration around the axes. Let's take the Y axis as a basis to clear my doubts. In the development of my project I am using the MPU6050 sensor direction exactly as represented in image A, in this case (image A) when I read the acceleration values and do the conversions for m/s² it is around 9.8m/s² ( gravitational acceleration), but when inverted as in image B the value is negative -9.8m/s² (gravitational acceleration). My question arises on the following line, am I using the sensor position correctly? And if so, why does the equipment (image A) have a representation of the direction of the Y axis (taken as a basis for clearing doubts) pointed upwards by means of an arrow, that is, against gravity and the value is positive? 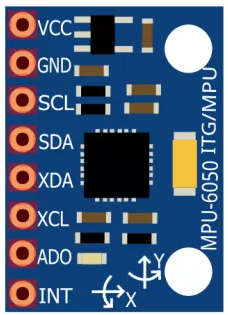 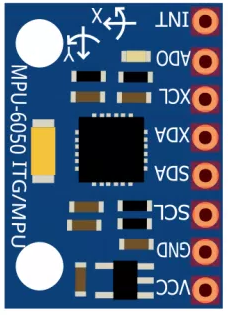 The response of an accelerometer to gravity can be confusing, because when held still, the accelerometer is actually measuring the upward acceleration, produced by the force exerted by the surface that is preventing a fall.

This is consistent with the direction of acceleration reported in the horizontal direction, i.e. due to the motion of your hand, etc.

How confused! Thank you!

The accelerometer can be used in any orientation.