Advice on a PCB design before designing a second batch

Hello !
I'm working for some time now on a project involving multiple nodes communicating with each other.
Roughly, each node is built around a Pro Mini 3.3V, with a NRF24L01+ radio module, a RCWL-0516 motion sensor module, some switches to code a unique ID for each node, and connectors for a couple of white LEDs. It is fed on a 18650 Lipo battery, and I added a Step-Up module to get 5V for the RCWL-0516.
The program is rather simple: each node knows its own ID and listen to the node with ID-1. When it receives a message, it turns its LEDs on, until the motion sensor is triggered. Then it turns off its LEDs and sends a message to the node with ID+1. The program works fine, even if it could be perfected.

Here is a picture of the current state of the prototypes: 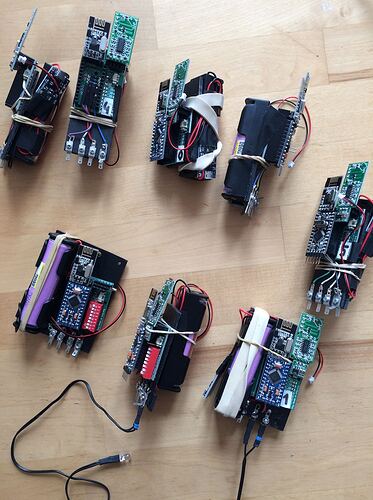 Here are the Eagle files screenshot (I know I didn't follow all the best-practices, but keep in mind this is my first PCB design ever!): 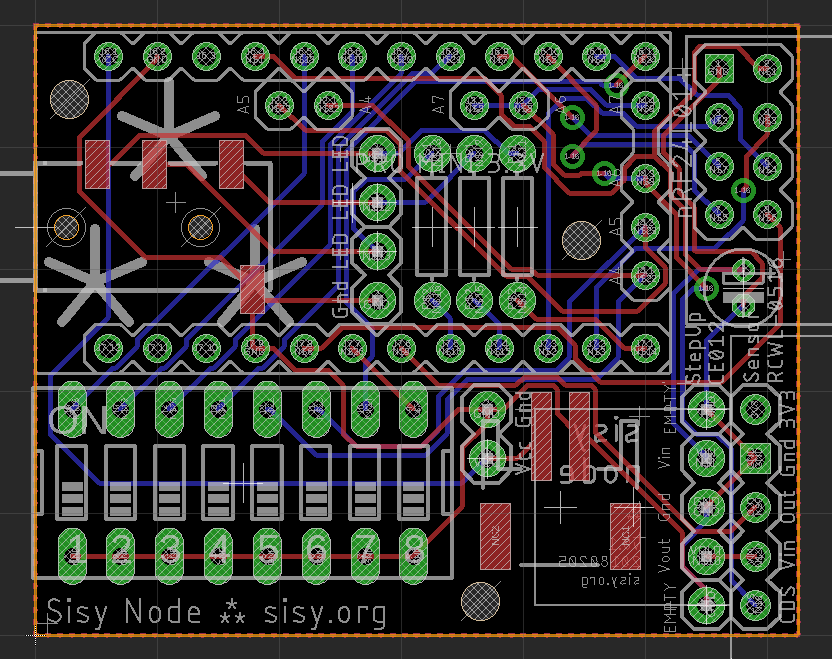 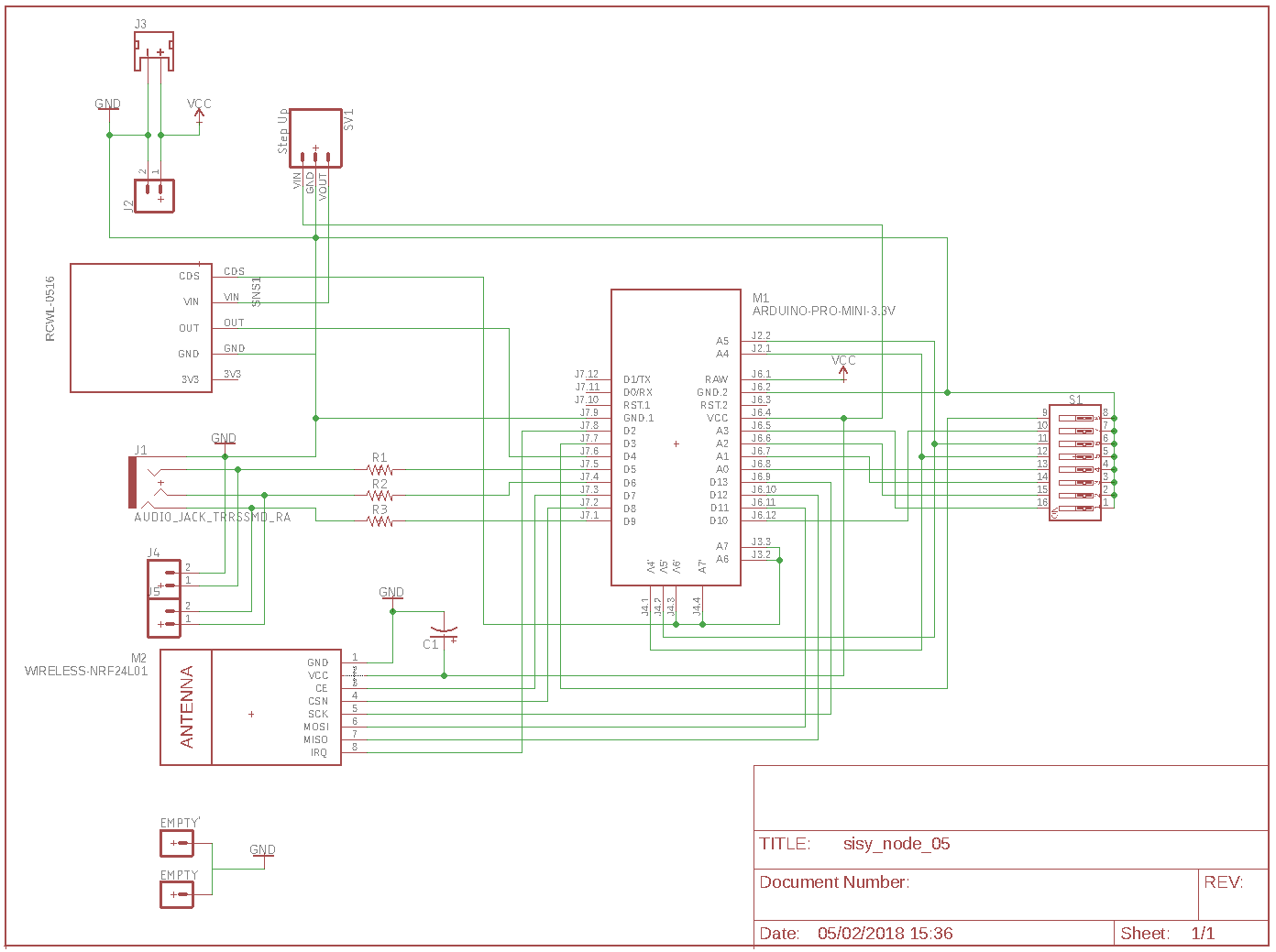 Below are the problems I spotted, with ideas on the reasons and how I plan to solve them:

Issue #1: My main concern : some messages are not well received by some nodes.
Cause: I don't really know. If I hold the sender and try different angles it eventually works. Could be a power issue, but I tried some things (see Issue #2) and I still have the issue. Could it be some interference? I know I didn't connect nets to ground. Could it be related?
Solutions:

Issue #2: Not enough current for the radio, despite the 10uF cap
Cause: Radio has to share the Pro Mini Vcc with the Step-Up Vin (I don't know why I did that!)
Solutions:

Issue #3: LEDs brightness is not so good.
Cause: LEDs are connected directly to the PWM pins, which are limited to 40mA max (ok for 1 LED) and have a voltage too close to the LED forward voltage (I use a 1ohm resistor for each LED)
Solution: connect LEDs to 5V through signal mosfets. But I'm not sure which mosfet to use...

Issue #4: Plugging and unplugging the LEDs might cause shorts on the Pro Mini pins and could destroy it eventually.
Cause: On the initial PCB design, LEDs connectors were supposed to be 3.5 jacks, which always create short circuit when plugged/unplugged.
Solution: change LED connector (maybe RJ45?)

Issue #5: It's more of an improvement : I realized the RCWL-0516 can be fed with 3.3V. I could feed it through a Pro Mini pin in order to turn it off sometimes and save some battery life. But I'm afraid to draw too much current from the Pro Mini, ending up with a shaky radio...

So I'm now burning to design a new batch with those improvement (and some other minor ones), but there are still some points I'd like to clarify, esp. the #1 above. Any idea? I'd also appreciate any other thought regarding my work.
Thank you for reading