Any way to access a vehicle WiFi device that is hardcoded to a specific phone?

Hello,
I am a lost child that stumbled into your world of humans that possess intellectual powers I certainly lack. In other words, I know nothing about programming whatsoever ever but have a question I was hoping some might have an answer to. Or direct me in the right direction but not the wrong direction!

Anyways, I have this device called Pearl Rear vision. It’s a rear view camera that you install as a license plate frame. It contains 2 cameras, a small solar powered battery, WiFi capabilities to connect to the Pearl app and OBD port. I cannot connect to said WiFi due to the device having a hardcoded WiFi pwd attached to the previous and unknown owners phone. Is there any way to possibly reset or restore a divorce like this to factory settings or a way to get past the previous owners hardcoded password? Any advice or direction would be greatly appreciated. I know I’m probably out of my league but it’s worth a try to see if this $200 can be more than just a license plate frame.

Teach me to fish...preferably with dynamite or I probably will starve,

So you paid $200 for a used product and the previous owner did not give you the password? I would question the origin of the device...

PW reset does not work unless it’s performed using the same phone it was initially set up on. I paid $14.99 for it at a thrift store at which point it looked to be in New condition with all accessories and in original box. Now if I could get the damn thing to work I could sell it for ~$200. However, I’ve been told by the new owners of the bankrupt Pearl company that it’s hardcoded to the original owners phone, therefore it is a brick. So they sold all these cameras went bankrupt and now have absolutely 0 customer support coming from the new owners. Quite a few screwed over people.

Anyways, would anyone have know if there’s a way to flash the memory that contains the pw or reset WiFi settings? When taking apart the OBD plug there is a female micro USB port. Any way I could utilize that in my efforts? I enjoy spending countless hours figuring things out so if there’s some sort of complicated program I could use to connect to the OBD that would be nice...

Again, I’m out of my element so pretend your talking to a 7 year old...or better yet Koko the gorilla that knows some sign language. I feel like I wandered into the Republican headquarters except you guys don’t seem like douchebags... Thank you for your time. 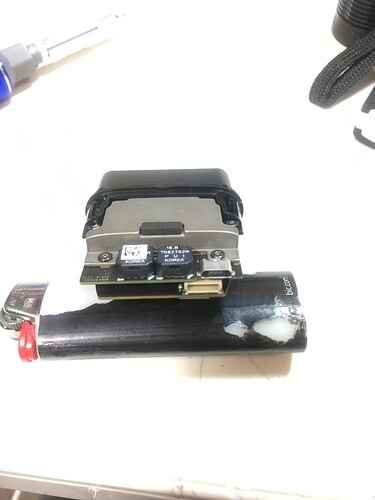 They most likely did the right thing and use secure coding techniques.

Unless you manage to find a hack to restore to factory default - given you are not a hardware penetration testing engineer - it’s going to be hard to unbrick this.

It may be a brick but I have learned quite a bit about how these types of devices work and picked up a few other bits of knowledge from some of the other forums here. I appreciate your sharing of knowledge and thank you for your time.

Unusual topic and comments for posting on the international Arduino forum.

The thrift store got a great deal!