Anyone know where to get 3mm yellow flat top leds?

I've been looking everywhere for 3mm water-clear cylindrical flat-top yellow leds, with a dominant wavelength of around 585nm to 588nm.

So far, the only source I've been able to find for ANY 3mm water clear flat-top leds has been ebay, and the ones they have are more amber than yellow, havign a dominant wavelwngth of 598nm.

I've tried every place I could think of. Mouser, Digikey, Newark, AvNet, Octopart. Are there any others I should try? I've even gon to certain manufacturer websites like Lite On, Kingbright, and Lumex to see if they have any offerings which the distributors don't carry so i could at least have a lead on a part number to look for, but no luck there either.

The reason I need cylindrical leds is because I require both that shape and the wide viewing angles they provide. And they have to be clear or frosted... a yellow tinted lens won't do.

If it helps, I've heard these kinds of leds are used for backlit displays.

And I know Toshiba makes one that's perfect:
http://leds-led-drivers.com/pdfs/Toshiba/TLGE60T(F)_TLYE60T(F)_en_datasheet_050912.pdf

Unfortunately, that website is the only one I've been able to find which carrys them and it seems to cater only to business customers and has no pricing information or online ordering.

Do they really need to be flat tops?

You could probably just sand a round top flat.

I have 'shaped' several 5mm round LED's to quite small sizes without issues.

Yes, I'm making props, and I don't have the equipment or time to sand hundreds of leds down.

Also, simply sanding the top down won't likely make the light visible out the sides of the led, which is what is needed here. The top will glow, sure, but the reason the flat tops shine out the sides is they have a dimple, like an inverted cone inside which directs some of the light out the sides.

This is also why I can't use light pipes. They just direct all the light out the end of them.

If all else fails and this is a temp solution (for props) without high temps (i.e. stage lights) . then a slice of a hot glue stick may have just the diffusion you need and they are easy to find / deal with.

How about this one:-

The OVLLY8C7 is a cylindrical High-intensity LED with clear lens. It is made of AllnGaP. It is designed for superior performance in signage and lighting applications that require wide angle uniform light output. This device combines a high-intensity...

That's 5mm. I need 3mm. Much more diffiult to find!

I realized you checked e-bay .. but keep checking .. this one is not china but instead (CA, United States). It says 590nm wavelength.

I'd also rather steer clear of ebay because I need a reliable supply of these. I only went to ebay after I found out a particular supplier from china was selling there so I figured I might be able to get the parts from them for a while, but their leds are amber.

$0.21 each but perhaps if you talked to them they would negotiate bulk pricing?
http://www.niktronixonline.com/3mm_Flat_Top_LED_Yellow_Ultra_Bright_5_000_mcd_p/3mmflattopledyellow.htm

Already found those and emailed the site owner. They're amber.

Ok then how about this:-
http://www.rapidonline.com/Electronic-Components/Optoelectronics/3mm-LEDs/Cylindrical-3mm-through-panel-LEDs/60441/kw/56-2115?source=googleps&utm_source=googleps

In black is the LED you suggested. In yellow is a rectangular LED I have which is a very nice shade of yellow. And in orange are the yellow leds I have which are not cylindrical and are quite amber.

You'll note that according to the chart, my yellow and amber leds ought to look very similar. But they don't. And in fact, the two rectangular leds I have which look identical are listed as 585nm peak (light on), and 588nm dominant (kingbright). The kingbright one is the one on the chart.

It should also be noted that according to Wikipedia, yellow is around 575nm, while orange is around 605nm. Hence my search for an LED with a wavelength around 585nm. (585 is about as low as is common that I've seen.)

So does this mean that led you found is too amber? I dunno. I don't know whether to trust the manufacturers. Obviously one or more of the datasheets I have is wrong if one led looks quite different from the other even though the graphs indicate they should be the same, and two look identical, even though their listed peak wavelngths are quite different. (The peak of the kingbright is listed as 590nm.)

I guess I'm just gonna have to start buying leds and see what I get. I suspect that I'm gonna end up with a whole mess of amber leds though.

But thanks for that link, regardless. That looks like a reliable source for amber ones anyway... which I'll probably have to go with.

Are you wanting to reproduce additive or subtractive colors?

It is almost like you are staring to get to CMYK rather than RGB?

If you need something that precise, thing about sending an email to cree or to philips about their lumileds series or even osram.

Lumileds is a global leader in led lighting and OEM lighting solutions employing more than 7,000 team members operating in over 30 countries. 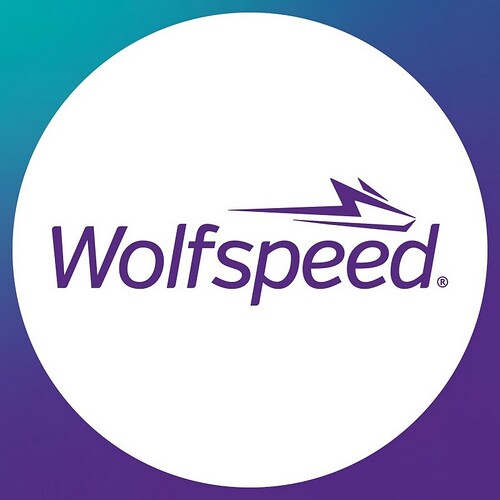 Leading the transformation from silicon to Silicon Carbide and GaN as we shape the future of semiconductor markets.

I'm not mixing colors, and having something custom manufactured is out of the questio... though I will check out those websites to see if they have anything suitable that is stock.

I need these leds for replica movie props. And I need a precise shape and color to replicate the look of the prop in the film. I also need a wide viewing angle because the way the prop is held the user will be viewing the leds with them facing away from him most of the time.

The reason amber leds are undesirable is because, besides the fact that they're not amber in the film, amber leds won't match the rectangular yellow leds I have on the prop. And with the two right next to eachother it looks bad.

So, I need leds which have the following properties:

Brightness:
No real special needs here, though a luminous flux around 47mlm seems ideal for daytime and nightime use.

I appreciate all the help, though at this point I'm not holding out much hope of finding exactly what I need. I may simply have to go with amber.

Unless someone knows of a source for 3mm light pipes which have a frosted appearance or an inverted cone on the end for wide angle viewing?

I guess I'm just gonna have to start buying leds and see what I get.

Yes, we do a lot of purchasing of LEDs at work here and you can't tell from the wavelength exactly what shade you will get before you run it.
You are in an even worse situation as the colour might change depending on what camera sensor / film stock you use.

I do say purchasing but actually we get the manufacturers or distributors to send us them for free as samples. Often we also get them to send us samples from different batches and ranges of the test limits.

Try http://www.allelectronics.com/make-a-store/item/LED-142/SPECIAL-3MM-FLAT-TOP-LEDS-RED/1.html. They have a few different colors. I bought mine from there and it seems to be good quality.