However the battery keeps abnormally heating up and the arduino lights do not turn on. It is the same thing happening with multiple arduinos and different 9v dc plugs...

It is not th battery or the holder, it is how you hook Arduino up with some other stuff that either takes too much current or just hooked wrongly.

First off, your link isn't very good, doesn't show the actual clip that I can see.

Secondly, I assume it's a standard small 9V brick, and those don't really have enough energy
to run an Arduino for very long.

Thirdly, if the battery is overheating and the Arduino isn't powered, you probably have the
battery connected backwards and it's being shorted out. On most Arduino boards however,
there is a diode on the Vin line to prevent this, so ???

Here is another link: I don't see how I could have hooked it up backwards....

I'm trying to create a setup like this video: 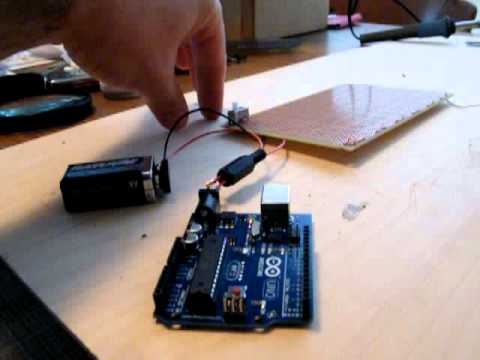 I don't see how I could have hooked it up backwards....