I bought a ATSAMD21G18A chip and soldered it in a breadboard to make my Arduino Zero standalone. Then I made the circuit and burned the arduino zero bootloader using ATMEL-ICE and ATMEL Studio 7 successfully.
Now I'm facing two issues.

I'm stuck in this problem for a long time, any help would be appreciated.

Thanks in advance,
Daniel Reis

Could you please share your hardware design? This is necessary to ensure it not an hardware related issue.

Hi, I'm working with a ATSAMW25 module on a custom board, the same as used in the MKR1000, this module include the ATSAMD21G18A too.
I don't have an Atmel ICE programmer, so I'm using OpenOCD installed in a Raspberry Pi 2 and use them with the GPIO from the raspi to load the bootloader in the ATSAMW25 with no problems.
In my case, I use the MKR1000 bootloader (from .bin file), (I don't try the Adafruit Feather bootloader).
But, same as you, I get "Unrecognized Device" when connect to PC.
Could be a problem with the USB ID PIN? Can't find anything about this in the board definition file.

Attached you have the hardware design.

Hi dmreis, looks that you have a RESET problem, you need to pull-up the Reset pin to VDD with a 10K resistor, watch for example https://www.arduino.cc/en/uploads/Main/MKR1000-schematic.pdf

I check again in W10, and I get "unrecognized device" (descriptor request error), I add a 330 ohm resistor to gnd in P11 pin too, just like the MKR1000 schematic, but without usb ID pin.

Hi choncba, thanks for your input.

We already tried to pull up the reset pin, but it didn't solve the problem.

Just from personal experience, the unknown USB error messages always meant the bootloader was corrupt or I didn't configure a clock properly. It may be worth verifying the bootloader is working correctly.

Are you sure the code is correctly uploaded using the Arduino IDE?
Like dlabun, I suspect a clocking issue( USB needs very tight timing)

I opened an issue about it USB "Unrecognized device" ATSAMW25 custom board · Issue #218 · arduino/ArduinoCore-samd · GitHub
I'm going to try what they recommended (possible BUG in OpenOCD) and then report the results.
Anyway, if dmreis has the same problem using the Atmel-ICE, surely there is some additional configuration that should be done to the clock of the factory chips.

If you burn the latest bootloader binary and use the Arduino IDE with the latest samd core, I see no software reason for bad clock configuration, if the hardware is correct of course...

First of all, thanks everyone for your help, I really appreciate it.

AloyseTech:
Are you sure the code is correctly uploaded using the Arduino IDE?
Like dlabun, I suspect a clocking issue( USB needs very tight timing)

When you say that it can be a clocking issue, is there anyway to deep check/test this? Or is there something I can do to eliminate this possible issue?
Yes, I'm uploading the code correctly using the Arduino IDE.

Trying to clarify how the issue is happening and to check if I'm doing something wrong, I'm attaching some print screens of the whole process I'm doing:

*I'm burning Adafruit Feather M0 Bootloader instead of Arduino Zero because when I burn the Arduino Zero bootloader, Windows does not recognize the board and I'm not able to upload a sketch using Arduino IDE. 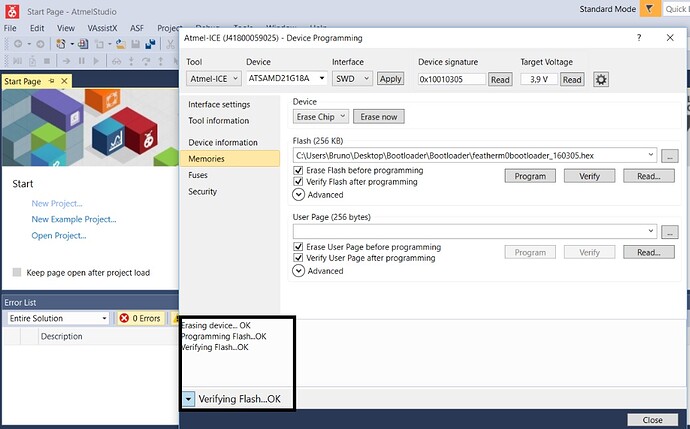 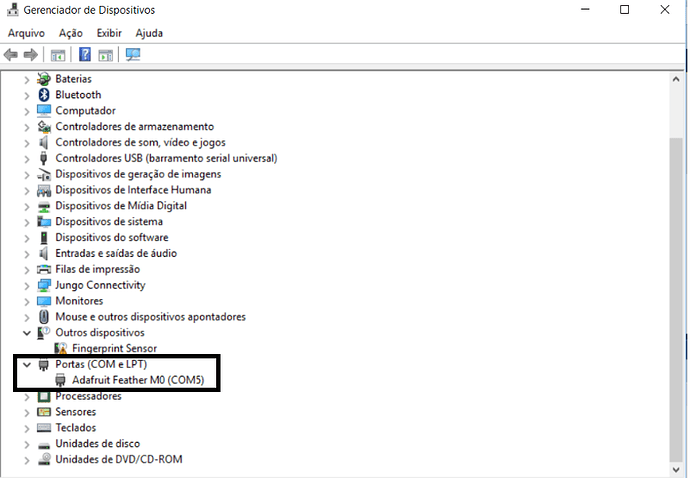 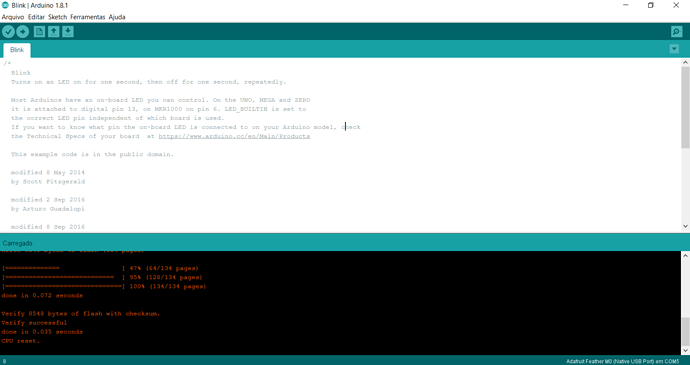 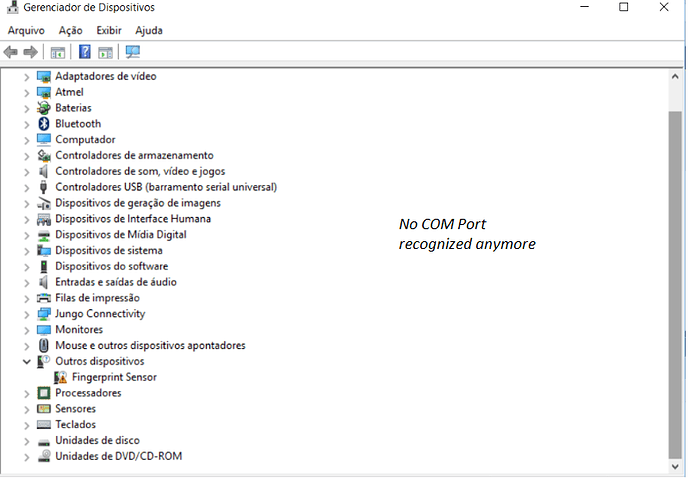 Please change the following fuses using Atmel Studio, then power cycle your board and reburn the bootloader (.cc one at first, other if this doesn't work).
USER_WORD_0 => 0xD9FEC7FF
USER_WORD_1 => 0xFFFFFE5D

Let me know if this works

Aloyse,
Thanks for your reply. I'm traveling today so I'll test this tomorrow and will post here the result.
Hope it works!!!

I hope it'll work too. Let us know!

Unfortunatelly it didn't work.
We changed the fuses in AS7 but when we burn the bootloader and ask AS7 to read the fuses from the board, it goes back to the old values (USER_WORD_0 = 0xD8E0C7FF & USER_WORD_1 = 0xFFFFFC5D).

The fuse values we configured in AS7 are not being really recorded in the chip.

I searched about it and I found a known bug related to that, but only when OpenOCD is used, not with Atmel Studio.

Any ideas what can I do?

Try to burn the fuse like I said and use the MKRZero bootloader. Verify the fuses before burning the bootloader.

Can you confirm the workflow please?

The step 3 is important.

Actually we were not doing step 3, but now we did exactly what you described, step by step, and we had the same result.
We wrote the fuses, unplugged ICE and powered off the board. Then powered on the board, plugged ICE and when we ask to read the fuses it shows the default value, and not the value we had wrote some seconds ago.