Just recently realized that I confused and can't tell if two schemas are the equal.
Please see attached files 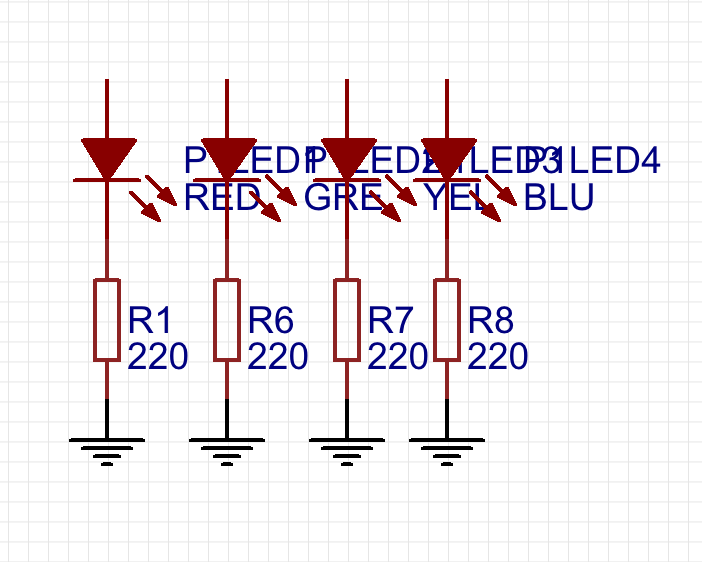 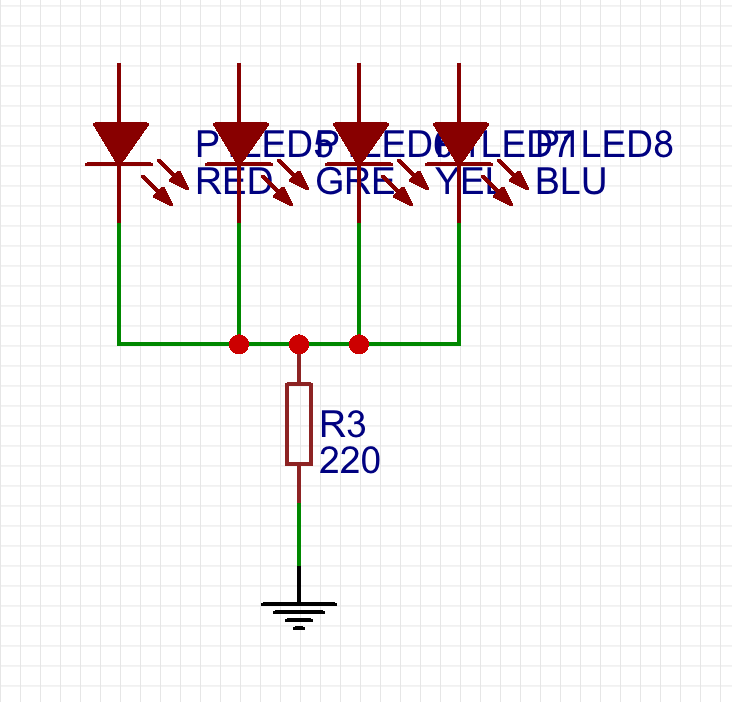 LED current is shared in the second diagram.
The disadvantage is that, if you enable more than one LED, the LED with the lowest working voltage (red) uses almost all the current (brightest).
If the blue LED and a red LED are turned on, the blue LED might not work at all.
In the first diagram each LED has it's own current limiting resistor, making them independent of each other.
Leo..

The one with a single resistor is wrong - whichever LED has the lowest forward voltage (the longer the wavelength of light, the lower the forward voltage typically) will pass most of the current, while the others pass little or none. Even if all of the LEDs are truly identical (which often isn't the case due to process variations) the total current will be similar to the current through each LED in example with a resistor on each LED (ie, they will be significantly dimmer). So they will be dimmer overall, and probably not all the same brightness. You should always use a separate resistor for each LED.

You would only use the second schematic if you knew for sure only one LED would be on at a time.

Well. in fairness, it is also bart of the Orthodox and Eastern Catholic monastic habit, with stages leading to the Great Schema . . .

schema noun
sche·​ma | \ ˈskē-mə
plural schemata\ ˈskē-​mə-​tə \ also schemas
Definition of schema
1 : a diagrammatic presentation
broadly : a structured framework or plan : OUTLINE
2 : a mental codification of experience that includes a particular organized way of perceiving cognitively and responding to a complex situation or set of stimuli