Hi everyone! I have been trying to load the ATtiny85 programming language into my arduino environment.

Does anyone have a something that could help. If you have an arduino environment already preloaded with this, that would be great.

The ATTiny cores are straightforward to install - to help you out, what error are you seeing, and which cores are you using?

Here is a fair overview with pictures. 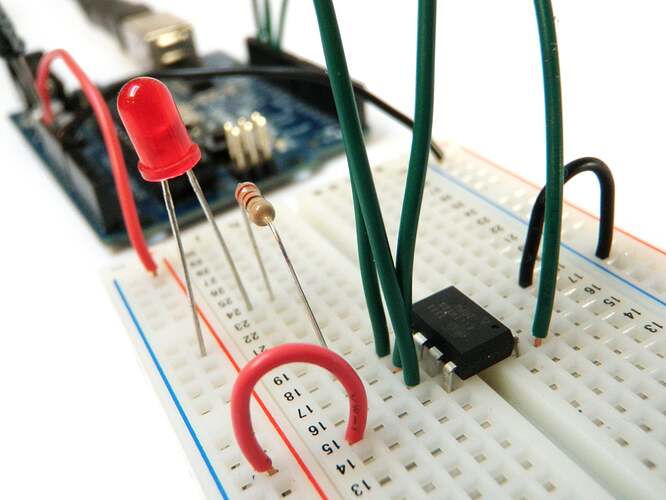 Program an ATtiny With Arduino

Program an ATtiny With Arduino: Follows are directions for programming the ATtiny microcontrollers using the Arduino IDE. In plain English, this is how to program 8-pin Atmel chips as you would normally an Arduino. This is cool because the ATtiny is...

The article references the MIT cores, but I prefer the ones preference referenced on the Google link. One of our members, Coding Badly is responsible for this compilation.

IF you are looking at the Tiny85 and need a more mature support group, consider purchasing a Digispark, they are under $8 and Digistump does bundle into a ZIP the entire Arduino 1.0.4 (soon 1.0.5) programming/tool environment. Their blogs and forums are also pretty good and they have a fair selection of libraries to assist in creating usable programs.

I downloaded this and followed the instructions. I am uploading the blink program to it, but it gives the following error:

here is the code:

...and followed the instructions.

Or did not put the core in the correct place.

The link of interest is on the home-page slightly left and above center. It's labeled...
Download the latest version for Arduino 1.0.

Thanks. I forgot to post I got it working. Awesome and thanks.

For the benefit of others, what was wrong and how did you fix it?

Oh. Well, the software I downloaded was not working. After looking around, I found this file (attached).
I downloaded the ISP example to the arduino uno, then downloaded stuff onto the ATtiny85. Works like a charm!