Attiny85 in a small package

I have this attiny85 project which includes:

I'm thinking of how to package it together. I was thinking of putting the attiny85 onto some headers but...Ad then what? Could you guys suggest something? 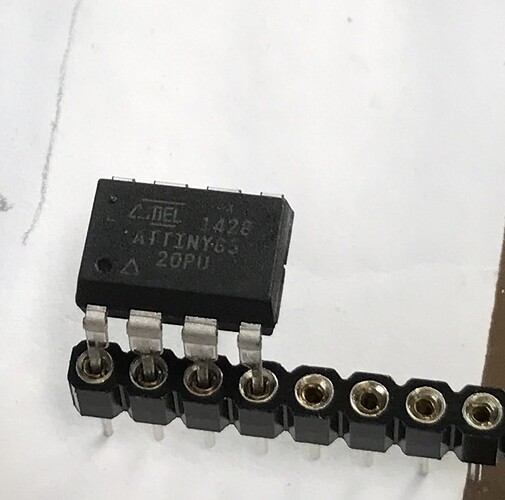 You could go with an SMD version of the ATTiny85.
Not really sure what you're asking. Wire it up as you want. No idea what sensor you're using or buzzer or what your requirements are for size and shape.
Since you asked for suggestions, I'd suggest making more sense in what it is you want suggestions about.

Little scrap of protoboard? Maybe something like this? (from my store) 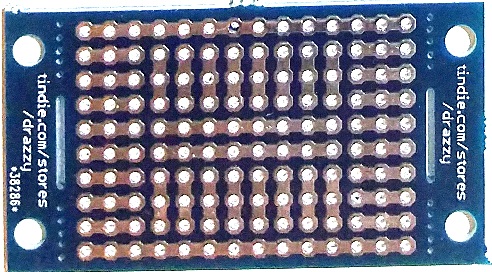 A DIP package in a header is about as big as you can make an ATTINY ...

Thanks, sorry I wasn't clear enough. It's meant to be a wearable project for the arm.

Since it's wearable and could get wet, Im trying to find a way to cover the electronics? 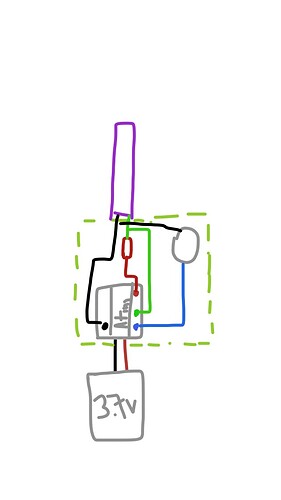 The green dotted rectangle would be the piece of board with the tiny and buzzer. The purple rectangle is the flex sensor which is about 4" long.

I don't really see the question here. What do you want to know? If you want to make it as small as possible, download KiCAD, make a PCB and have it manufactured and shipped for 10$. Then solder an SMD ATTINY to it.

It's not a single question with a definite answer, I would like suggestions on how to make the package such that it is wearable. How do I package the chip and buzzer and cables and lipo into something wearable.

We don't even know where this is supposed to be worn. What it is supposed to sense? What are you trying to minimise? Volume? Thickness? Area? In two or mainly one dimension? What did you expect? Why does the usual way of making a PCB not sound feasible to you?

You don't necessarily mean small (which would indicate something like the smallest cubic dimensions it could cram into), because flat would probably be a more sensible priority.

I'd like to help you but I am not good at handling tiis.

Download Eagle and learn. I rarely use protoboard now (unless actually testing a design for the first time). Even then, the whole soldering/wires can be more of a pain than putting the initial work in and checking design.

But, what does this device do? Is a sleep mode not available to reduce power so a 3V CR2032 cell not be a potential use?

Id make a 2 layer board. Have the Attiny85 as an SMD and stick the Piezo on top of it. Have a CR2032 battery on the reverse side of the PCB. The electronics will then "mainly" be waterproof (a touch of silicon over the IC to protect shorts) is all I can think for now. Of course a little like acrylic case with rubber around the closing edges held together with force/screws.

Personally, I would put it on a 6x6 hole piece of stripboard (chip in the middle, one extra hole on all sides, or the size of the battery if that is larger), stick the battery on the back, buzzer on top of the chip. In this case with so few components, you could consider just soldering the leads together directly without any kind of board.
Don't forget to pull the reset pin high. You might consider a push button on it just in case, so you don't need to pull the battery.