I'm getting an arduino Dumelopotive soon and I am going to make a night rider style break light on my brothers motor cycle.

On the right is how his cycle will look finished ,but he's still modding it.

What I want to happen is the LEDs would make a scrolling pattern left to right when there is no break or turn signal active.
(like the old night rider car)

But when the breaks are hit the LEDs would all glow and be brightener than while scrolling. (easy to do with the coding)

for turn signals I need to know how to connect a momentary button to the arduino so that I can use an if statement if the button is pressed it will activate the last 2 leds on the right to blink on and off.

And if the button was pressed again it would stop the turn signals from going.

I have some ideas of how to do most of this but i need input on the buttons.

Just a bit of an update , sorry about the double post, I think I've got my circuit laid out, but I'm not 100% sure it'll work. 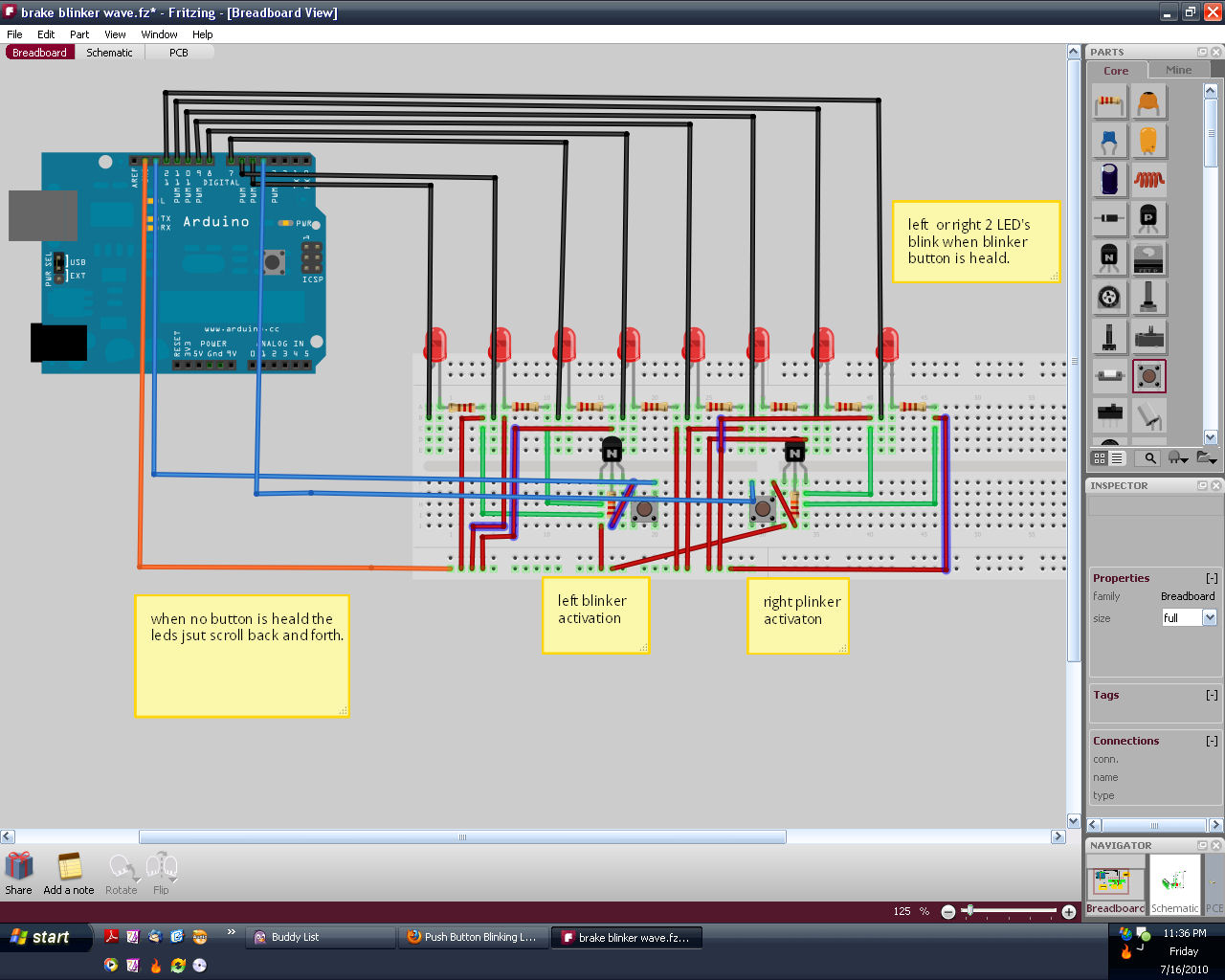 The key in the circuit is those buttons and transistors. that's mostly what I'm unsure about I just need a way to activate the left most or right most LEDs and make them blink.

hmm, cool I might try that, the only part I don't entirely understand is how to connect 3 buttons, one for the left blinker ,one for the right, and one for the brake to make that happen.

the coding would take over after one of the 3 buttons is pressed.
I think for that I can do the coding on my own. ;D

Yes! thank you so much, I completed my hardware and my coding, this is the first time Ive ever coded anything other than [img*][/img*] so I'm pretty excited.

I cant wait to get started on this when I get ms arduino!

Hmm.. Why not tie into flasher and brake light switch? Or is this what you're eventually going to do?

btw I cant upload or put in a avatar all the links in the "Help" section are broken or just not there.