blown resistors in soldering iron. Why and how to fix?

So this morning I fire up my almost brand new soldering station and after half a minute while waiting for the iron to heat up it shuts down. This iron worked for 2 hours or so in total. I opened it up and a resistor is burned.

So the question is, how did this happen and can I fix the iron? It was not an expensive one but also not the cheapest. See link below. Warning it is in German....

So there is a burned resistor and a wire with burn marks. 2 things I can think of,

1 resistor got hot, burned insulaionwire, created a short with resistor leads burning the resistor.
2 resistor got hot just burned itself and with that melted some insulation wire.

How did this happen and how to prevent it from happening again if I could fix this.

Added a picture of the burned resistor and the little circuit board of the iron. Any idea how to identify the resistor so I could replace it? 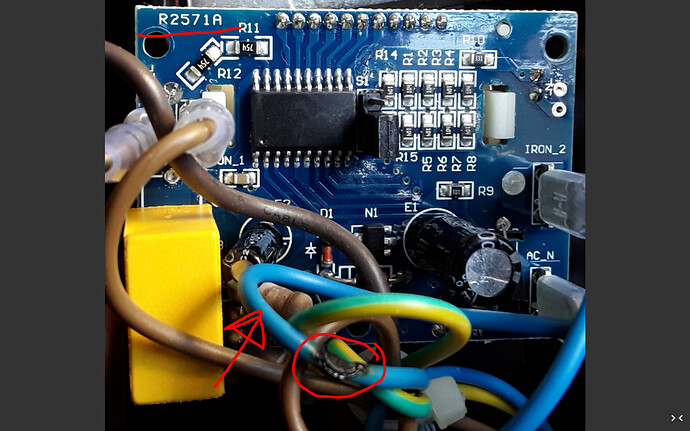 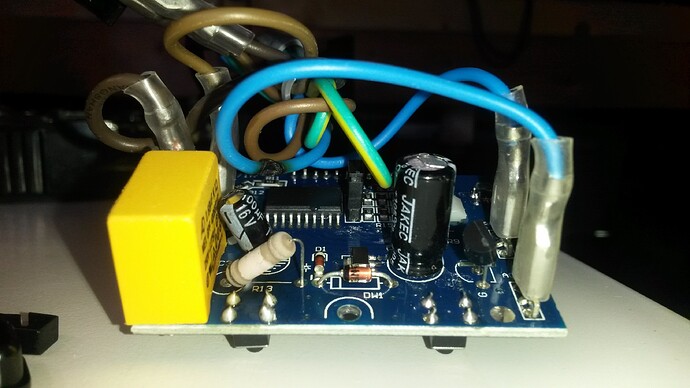 If it is so you young I would have just taken it back for a replacement .The resistor may not be be the fault, but the result of a fault elsewhere .
You really need to know how it works and trace through the circuit .
If you know the value of the resistor you can change it and see what happens - might need a soldering iron for that tho...

That's probably the easiest to do, however. I'm on a roudtrip true europe now in France and my French is bad. Had luck with hrlp ordering the iron online and have it delivered at thenearest postoffice. Sending it back would be a pain.

But then again, like you said, i can try to figure out the value, replace it, see what happens. But would probably need a soldering iron to get it fixed. Where do I get the resistor when I can not even search for it or ask people where to look for it..... guess I'm stuck...

Can I guess you bought it in the US and used a simple adapter to plug it into the power in France.

Man, that's terrible... My 1st soldering iron was something like [u]this[/u] and it lasted a long time. (It didn't last forever, and I've owned at least 3 cheap ones like that.) So if you knew what was wrong, you could get a cheap one to fix the more-expensive one. ...But, you might have a shorted heating element or something like that and it might not be worth repairing.

At work I've got a Weller that cost about 100 times as much as the cheap one and I've had it for several years.

A couple of years ago decided I needed something a little better at home and I bought [u]this one[/u].

A resistor does not just burn out. Something else is the cause of it. You need to find out what caused it, or replacing the resistor is a fool's errand.

Paul_KD7HB:
Can I guess you bought it in the US and used a simple adapter to plug it into the power in France.

@DVDdoug fixing it that way would be awesome. Heck even if I could have it on just maximum heat, no control, I could use it in case of emergency, now I have nothing...

polymorph:
A resistor does not just burn out. Something else is the cause of it. You need to find out what caused it, or replacing the resistor is a fool's errand.

Well that's true. Guess I won't be able to find that out myself.