i'm trying to burn a 3v MSP55LV128 flash chip with an arduino, i can't find any datasheet.
This chip looks similar to 29LV series.

Is it possible to program it with an arduino ? (bin file) 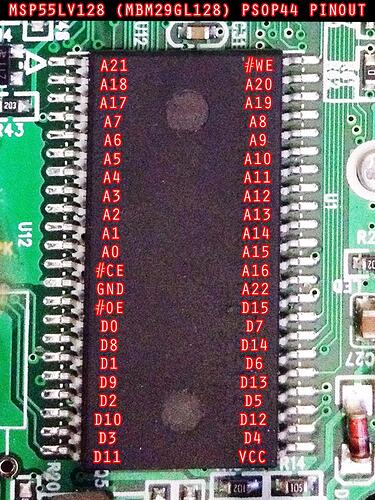 It's probably possible ! For the datasheet, I've searched a bit and it looks like it's made by Cypress Semiconductor. You could maybe try emailing them and see what they can do ?

Yea, didn't think about that.
I've contacted them and Fujitsu too.