I am planning to hook the remote of a RC-car to an arduino-board and control it via iPhone / WIFI like many others did before. Found some nice tutorials, so far - so good. All the cars in the tutorials were pretty cheap, what is good on the one hand. But on the other hand unfortunatley the all have kind of the same simple 4 controls: forward/backward, left/right.

What I am trying to do is to use the accelerometer of the iPhone to control a remote which controls the car progressive. I think this exmaple is very famous: Wii RC Car - part 1 - YouTube – The guy even got mentioned in this forum: http://www.arduino.cc/cgi-bin/yabb2/YaBB.pl?num=1229946066/0#5

In the second episode of the podcast-series the guy explains that he overrides the whole controler and hooks the arduino directly to the radio section of the remote. Arduino then emulates a "tone" and sends it via radio section to the car. This tone is the "command" for the behavior of the car.

Well, as there were no tutorials or code-snippets I was trying to contact the guy who did it but he said that when he left his homecountry last year the project died and that there is no unstructable or something like that. Dead end.

Now, as I don't have a clue how to hit the right "tone", I considered to hook arduino to the potentiometers of the remote (well I think there HAVE to be potentiometers for progressive control, right?), BUT: Is it possible to simulate a potentiometer via arduino? Well, I know that analog output can be simulated via PWM but will that work for a remote? Does anyone have experience with that special case?

Any simple hint would help. Perhaps somebody even knows about the "tones" which are emulated by arduino I was talking about: Wii RC Car - part 2 - YouTube

Or perhaps does somebody know an instructable or tutorial which has a different approach but the same effect?

Actually I spent quiet a time in this forum and did not find an appropriate hint so far (I think). But perhaps I am too blind to see the right one. I found some stuff about digital potentiometers or hooking up a servo to the potentiometers of the remote - this might be a workaround but I hope to find a simple solution...

So, if there's anyone who can help me – thank you so much!

I hope that I hit the right place for that topic here and did not spam by accident – bye for now,

But isn't that all well explained in part 2 and 3 of the "show"? 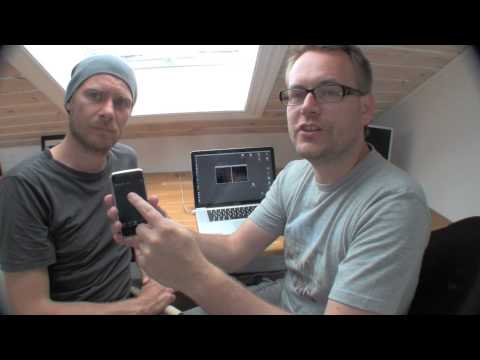 The "tones" you are looking for are the standard RC PPM signals!
See here
http://www.mftech.de/ppm_en.htm
or here http://diydrones.com/profiles/blog/show?id=705844:BlogPost:38418
or at a thousend other places

Well, yes I know that he is explaining what he does, but not really how he writes the code. My problem is that I am pretty new to arduino and besides finding a solution for my problem I am pretty sure that I'm going to struggle with coding from scratch in general. That's why I thougt it might be better to stitch some helpful snippets together to a working thing.

BUT your hint was helpful. So far I didn't realize that this signal is called RC PPM. A new track to explore - thank you!

If there are any other hints, feel free to post them!
Bye for now,

I read it before but wasn't able to consider it to be the right or wrong way for my project. I'm going to check that out an let you know how it worked.