Can't connect to Lilypad; not sure if product is authentic

I ordered a lilypad from ebay and got it pretty cheap (less than half the cost of buying from other local suppliers).

I have been unsuccessful in my attempts to connect to it.

I have installed the FTDI driver and using an FDTI Basic I have been able to connect to my computer (COM4 comes up in device manager when the lilypad is plugged in). When it’s plugged in a red led with D1 printed next to it flashes.

I’ve tried a number of different USB ports and I get a programmer is not responding error each time I try to upload.

I borrowed a Protosnap (which had been used successfully on other computers) and using the same FTDI Basic USB setup I am able to upload my sketches.

The Lilypad looks the same as the photos on this site except for the fact it has JP3 printed on it. The attached picture is from the ebay vendor and matches the product I received. I’ve had a search and it looks like the cheap Ardiuno Lilypads being sent from China to Australia have this JP3 printed while the more expensive Lilypads being offered by an Australian supplier look exactly like the ones in the products section of this site.

Thanks for any help

Once you figure out the port for your FTDI basic, and have tested that it works successfully with another Arduino, that is the only port you need to try.

Can you upload a picture showing how you connect the FTDI basic to the Lilypad?

You may need to burn a fresh bootloader on the Lilypad using an ISP programmer or another Arduino as ISP.

Thanks for the reply,

I have attached a photo of the connection. I’ve used a couple of lilypad’s at uni and had the problem that I had to unplug the FTDI after each time I uploded a sketch, otherwise the next sketch couldn’t upload.

I have an Uno I could use to load on a new bootloader to the Lilypad but I’m not completely sure of the wiring set up. I’ve had a look at https://www.arduino.cc/en/Tutorial/ArduinoISP but there isn’t a pin for reset on the Lilypad I can’t follow the Uno to Uno instructions.

Try selecting the board Uno from the Board menu and upload to the Lilypad. It could be the manufacturer put the Uno bootloader on it.

I've got a better idea. Go into the Preferences settings of the Arduino IDE and check the box for Show verbose output during upload. Then go ahead and select Lilypad from the Board menu and upload. Post the verbose output it gives and let's have a look.

This did work. I was able to upload the sketch template which automatically loads when you open Arduino and the flashing on the board has stopped.

Do I need to use my other Arduino Uno to load on the correct bootloader or is there a way I can do it from my computer?

Problem uploading to board. See http://www.arduino.cc/en/Guide/Troubleshooting#upload for suggestions.

It worked when selecting Uno as the board?

Yes it worked with Uno

When I run the Blink sketch the light is blinking at exactly 1 second.

If you really want to get down to the nuts and bolts of it, Nick Gammon has some sketches, and among them is a Atmega_Self_Read_Signature sketch which will read the fuses and tell you a little bit about your board. If you have a 512 byte bootloader area, then you definitely have the Uno bootloader which is called Optiboot. 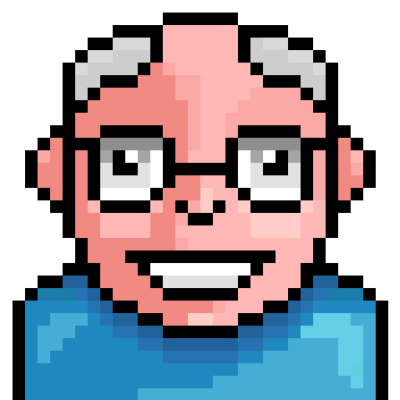 Publicly-released sketches for the Arduino microprocessor

You can burn a fresh bootloader on it using the ICSP header on the Lilypad. You can then use the Arduino as ISP sketch on an Uno to burn a bootloader, or use Nick Gammon’s other sketch Atmega_Board_Programmer on the Uno. The wiring is the same, only Nick’s sketch does not require you to disable auto reset of the Uno with a 10uF capacitor.

To use the ICSP header on the Lilypad means soldering header pins to that ICSP pad of 6 holes which are arranged in a 2x3 pattern. Use a marker to note which is pin 1 of the ICSP header, it is the square pad. Once you solder a header on there you may not be able to see the square pad any more to know where pin 1 is. Instead of soldering pins you may be able to use a pogo adapter, which you can make or buy online. A pogo holds wires against the pin holes with reliable and even pressure to ensure a good connection.

I have not bootloaded a Lilypad before, but I believe the attached diagram will work, or you may find tutorials online to help.

Oh, further detail I almost forgot. It looks like the ICSP pins are 11, 12, 13, VCC, GND, and Reset. All of those pins are available around the outer circle of the Lilypad except Reset. Reset is the pin on the ICSP header closest to a1. So perhaps you don't really need to solder the ICSP header, just solder a wire to the reset pin temporarily.

Use the VCC pin on the FDTI header and connect that to the Uno's 5V pin. It is OK to power the Lilypad with 5V during programming Since you don't have other 3.3V-only devices hooked up to other pins. You want it running at 5V because the ISP programming process from the Uno is going to put 5V signals on the programming pins.

Whew! Sorry if I'm too wordy. Too much caffeine for me today apparently....

Thanks for all the advice,

I will contact the ebay seller and ask them to either send me a correctly bootloaded one or return my money.

If they let me keep this lilypad I'll do the process you mentioned to get the correct bootloader on the board.

Just one follow up question if you know the answer:

If the official Lilypad boards are 8MHz (as indicated by the products section of this site), then does the fact mine has a 18MHz resonator mean it could be a fake?

It could simply be a manufacturing mistake. An original manufacturer or a counterfeit manufacturer can make mistakes. Or I could be mistaken and perhaps it does have an 8MHz resonator. I think it has a 16 based on what we looked at together. I think it will work fine if you just upload to it as an Uno. It’s twice as fast, you can’t complain too much about that. People overclock Arduinos all the time. You can use software to divide the clock in half if you must have it running at 8MHz. A specially compiled Optiboot bootloader can add the clock division right at the beginning of the code before the Adaboot enhancement. That’s what I have done before.

I think it is likely all Lilypads are counterfeit unless they come from a reputable dealer such as Sparkfun or Adafruit. If you pay less for it than the list price at SparkFun, or if you pay more for it, it is counterfeit. (I saw one seller on eBay selling them for $100 each. And the listing said 3 sold, 2 watching, and more than 10 available. http://www.ebay.com/itm/LilyPad-328-ATmega328P-Main-Board-compatible-with-Arduino-s-IDE-/181778910964?hash=item2a52de0ef4)
So bottom line, in my opinion if you are concerned about counterfeit you just need to be sure to by it from the designer’s store, in this case SparkFun.