I have been trolling the forum for an answer to my idea of hooking arduino directly to an RC-2 based board on an el-cheapo walmart RC car I grabbed this weekend for 11 bucks. The reason I want to do this is to just get a simple 2-motor setup going that will let me practice on my programming.

My specific concern is being able to hook the arduino to the receiver end of the setup, so that I can basically use it as a cheap motor shield. The other benefit of this was that when I opened up the car, lo and behold! The crap motors they used fit straight into the tamiya twin gearbox i spent 10 bucks on, along with a 7 or 8 buck tracked kit I grabbed! In addition, the RC board had nice quick-connects for the motors. The quick result was after about 5 mins and a bit of meccano, I had an RC tracked vehicle.

So now I have a 30 dollar tracked base with RC control and I was wondering if someone had hooked the arduino to the receiver end, as opposed to the transmitter (what is the point in that, other than being safe?). My worry is that if I connect the controller to the board I will have another arduino meltdown, and I hate those.

So far, what I can imagine my options (not knowing anything about electronics) would be to directly connect to the fwd, bkwd, left, right pins on the chip, bypassing the chip basically and using the arduino to close the transistors...? The other option I am assuming would be to maybe power the logic side of the bridge which somehow does the same thing and closes the same circuits?

How worried should I be about frying my arduino doing this? Should I use an alternate power source to just jumper the pins and figure things out that way? HA ha ha I really need to take an electronics course. (I'm awesome at building stuff, though)

I'll put some pics up if anyone is interested. 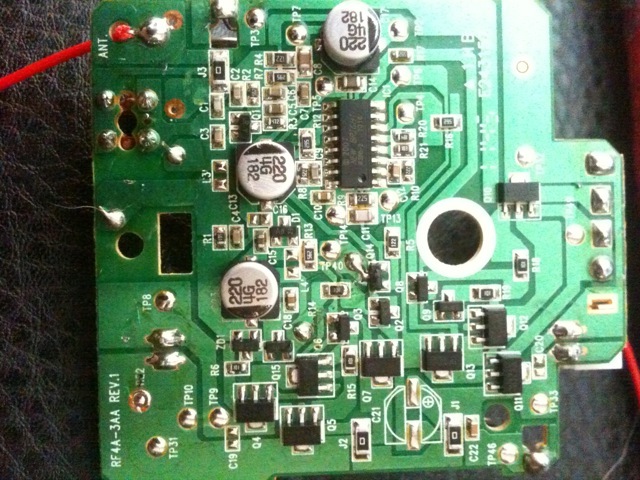 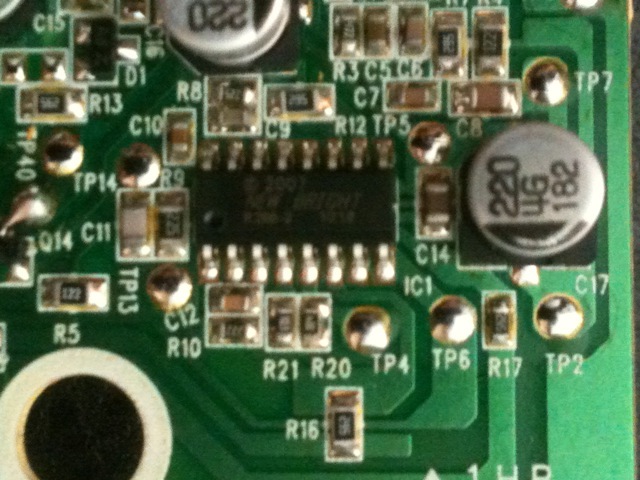 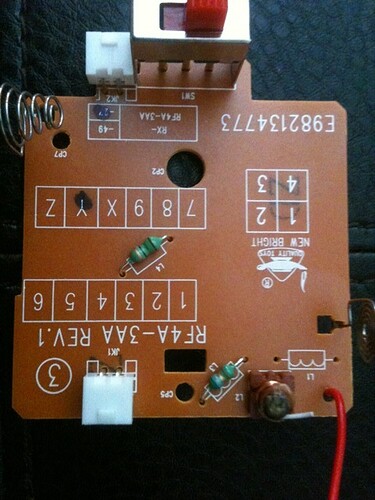 Too bad. I followed the gist of the instructions and ripped the old IC of the receiver PCB, only realizing afterwards that once the IC was gone, the tabs on surface mount were not nearly big enough to solder to, which then led to yet another debacle of trying to drill tiny holes further down the circuit and solder wires there. After this point I realized that a PCB has several layers of non-conductive and non-solder adhering coating which made this task pretty much impossible.

I gave up and went and put together a motor shield that I bought from a local electronics shop (the only one in Edmonton that will even touch Arduino apparently).

Next step is using the L298 shield to run directly off the Arduino. I have the regular UNO, a mega, and if I really feel like banging my head against the wall again I could always try this crappy unintelligible Launchpad thing that TI sent me.