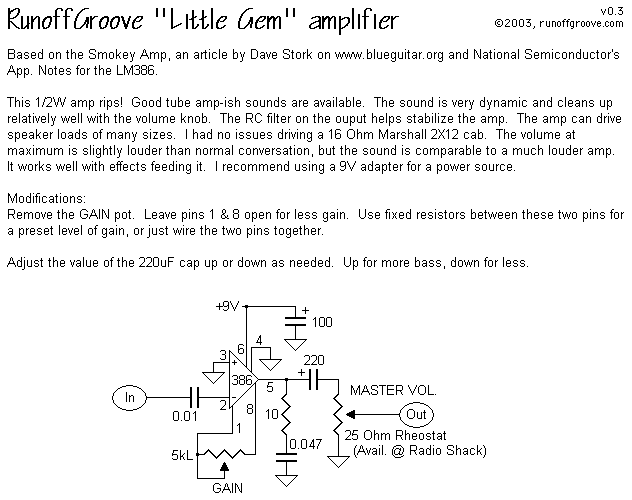 i think ive got it working, i can hear music using a crystal earpiece as an out put and ipod as input, but when i use an electret mic which is what i need it for it just picks up the radio faintly?

i made the pcb to build it

Where does the Arduino connect?

am i right in thinking the electret microphone has to have its own power supply and have both connections connected by a resistor?

it just picks up the radio faintly?

Most badly designed or built amplifiers will pick up AM radio if there is a strong local transmitter. It is the diode junctions in the front end of the amplifier that are detecting the signal. Fortunately the answer is usually simple, put a low value capacitor across the input as close to the amplifier as possible, say 1nF, and get proper decoupling capacitors on the supply. That circuit just said 100 but 100 what? If you have used 100uF then in addition put a 100nF across it. I would also change the input coupling capacitor from 0.01uF to at least 0.1uF. It is not a very good design as the input the the op amp is left floating.