Just tried to copy and paste the headers from a Library example (TFT>Esplora>the tempreture one) and after highlighting the text, the popup window disappeared at the top of the interface.

The easy fix for me was to scroll up as much as possible while keeping the highlighted text on screen, then to right click again, and the edit window was fully rendered.

I included screen captures of both.

I'm an IT technician in my day job, so I use ctrl+c about as often as I right click, but some less-skilled or younger users may not know how to do that. Obviously this isn't a critical issue, but wanted to point it out.

Thanks for letting me Beta test!!!! This will be great when it's released. 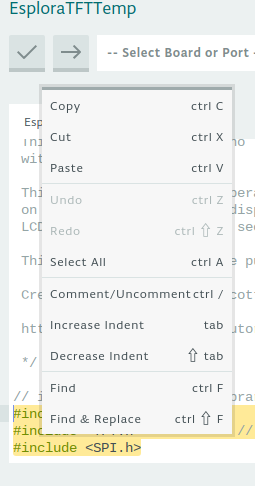 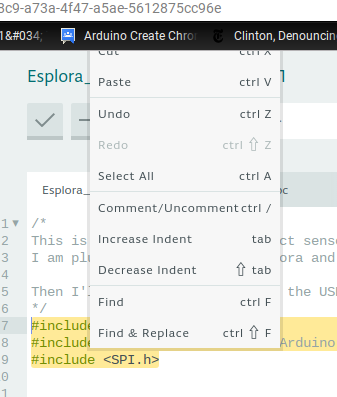 Hi @soulmanpt,
thanks for your report we never noticed that! That seems to be linked to screens with small window height, we'll try to fix the issue as soon as possible