Dear Arduino friends,
I am trying to make an electromyography project these days and I have a little problem. I made an EMG schematics using a simple AD620 amplifier and, when connected to the soundcard or the oscilloscope, it works very fine. It shows up and down waves when I contract the investigated muscle. But when I connected the same input to one analog input pin on my Arduino, it dows not work at all. When started, it gos from 1023 down to 0 regardless of the muscle contraction and it stops there, not reacting anymore. How could I remediate that, it is very annoying to now that your circuit works, but it cannot be read. I also posted a picture of the EMG circuit (imagine the electrodes placed on a muscle, not on the limbs, like for ECG) and a capture of the EMG signal collected with a soundcard. It works like that, but not on Arduino.

I would appreciate very much any suggestions.

I forgot, this circuit also works fine as an ECG on a scope or soundcard, but, again, on Arduino doesn't.

the arduino can do 0V..5V...
and ur amplifier output seems to use a charge pump that produces -6V to 6V... via a quite fat 1mF cap...
maybe that much charge damaged the protection diodes of the arduino or the arduino input...

u could try to connect the arduino's ground to -6V... (hopefully it is a battery?)
and then use a voltage divider that brings the voltage below 5V...

what does the oscilloscope say about the peak voltage?

You have to create DC offset, look at the right side:
http://coolarduino.files.wordpress.com/2012/06/audio_input.jpeg
BTW, what is the time / per division scale on the chart?

Ok, thank you for both answers. Peak voltage is about 3V. I do not know the exact scale of the chart, but on x scale are a few seconds and, as I said, the peak voltage is around 3V.

What if I use a rectifier bridge on output of the myograph?

A lot depends on what info you need from the pulses? Magnitude, freq. of sub-carrier, period of pulses, magn. both negative - positive, decay time etc.

a rectifier bridge would work,
if u dont share the GND between the arduino and ur amplifier,
and if the absolute values r sufficient (the negative parts would show up as positive...)...

why cant u connect arduino ground to the negative supply rail of ur amplifier?
then u just need a voltage divider...

I will try the second, connecting the negative to the ground and tell you if it works.

But if I were to use a bridge, where should I connect the GND of the myograph, if not to the GND of the arduino? I did such last night and it did not work.

that bridge has a negative output, which can be used as arduino ground...

did u use a load resistor at the output of the bridge? 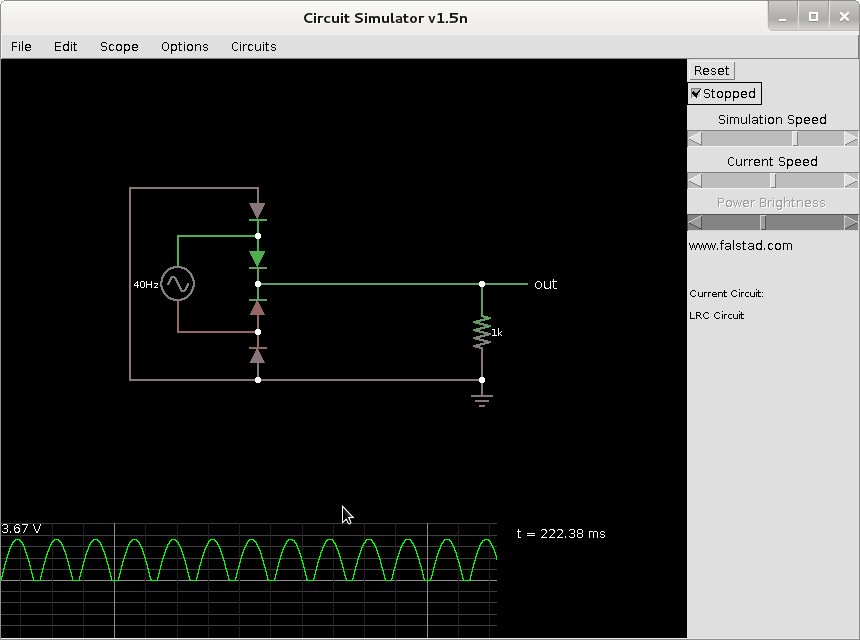 No, I did not use a resistor, but, hopefully, my arduino pin didn't burn. It looks ok, I teste it with a potentiometer. I will retry ith the bridge and use the negative of the bridge to connect to the arduino GND. I'll get back to you soon.

without a load resistor the pin will b always charged, because the ADC discharges it very slowly...

And by that, you mean that the value on the pin won't change or it will change randomly? That's what happened to me and I didn't know why. 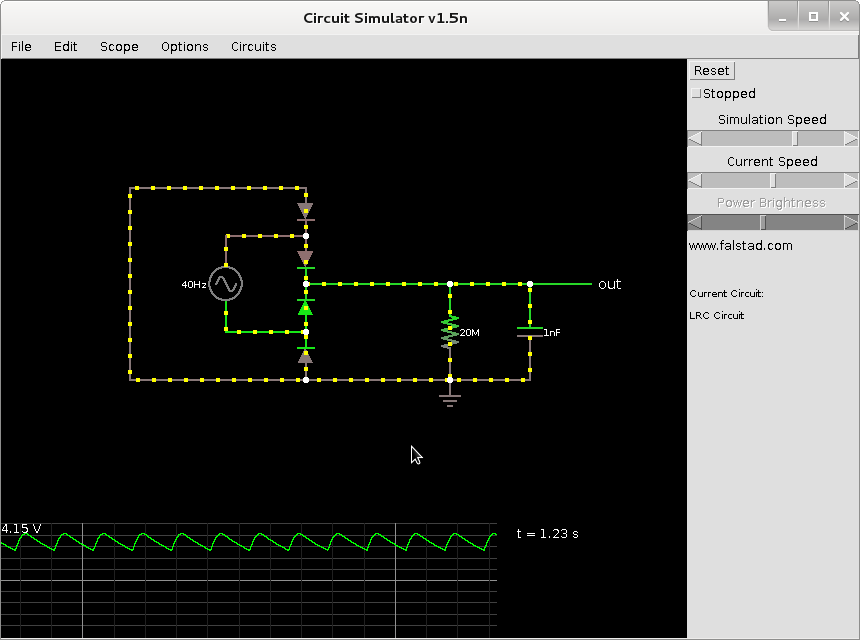 This software you are using when making the screenshots is available online? Could you send me a link?

Hello claudiu_mirescu i wrote your post and i hope you got the right answer.
I started with the same topic today: building an EMG Circuit for measuring muscle-contraction.
My problem is i have no idea how to start. Can you help me step by step how i can get the circuit on a board?
The Devices i need to the construction, is also my problem. i dont know what devices i need.
Thank for your aid.

I also work on same type of project, But i want to know about Electronic circuit power supply. In my case, when i give power supply AD620, In outpin of amplifier gives -5V. How to connect circuit. Please help me on regarding issue. My email ID:- thumar.rushik@gmail.com

I hope you help me as soon as possible.