We are introducing Ellipso, a new domestic robot from FRACH robotics and we would like to hear your feedback!

Ellipso is an autonomous intelligent home robot, which is always online, listening to you and ready to execute your requests or just connect you with your loved ones. The robot implements an animal like brain model, so it behaves almost like it is alive. Ellipso is also integrated with Google Assistant, Google Drive, Google Mail, YouTube and Microsoft Skype to let you stay in touch.

Here we go. We are on the Indiegogo right now! 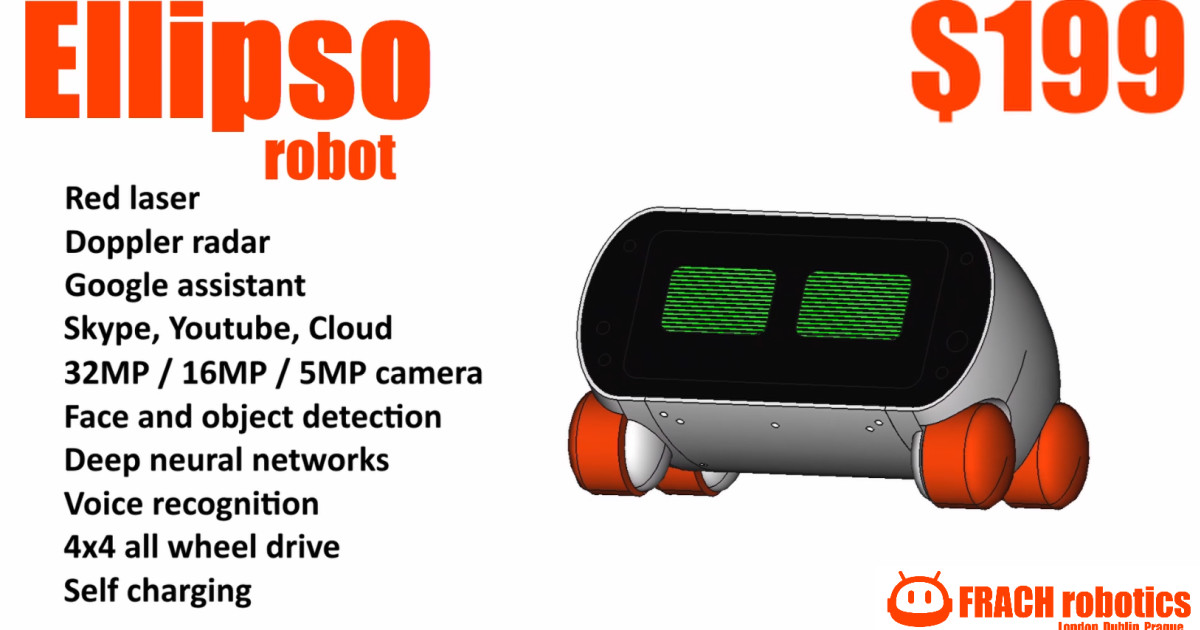 An autonomous intelligent home robot, which is always online and ready to listen and talk to you. | Check out 'Ellipso Robot - Autonomous Home Assistant' on Indiegogo.

Please review and tell us what you think.

Interesting, it does it all. The seeming need for "backers" indicates it may just be in the fantasy thinking phase. No actual photos or youtube videos?