error: -fno-fat-lto-objects are supported only with linker plugin.

I have a Anet A8 3D printer sitting next to me, which I would really like to flash.

What I've done is download the latest arduino 1.8.5, open a config file and tried to upload. This didn't work out. The error code is: error: -fno-fat-lto-objects are supported only with linker plugin.

I've read somewhere that it only works with older versions of arduino. So I've downloaded 1.6.3. This didn't work also.

What I did then was the tip posted in this topic:

I went to calibrate my printer and receive this error. I think it has to due with an update but i cant figure out how to reverse it. I have completely reinstalled the Arduino software and removed all traces of firmware then restarted. This error...

Tools > Board > Boards Manager... > Arduino AVR Boards(click on it) > select 1.6.11 from the "Select version" menu > Install
After installation completes click the "Close" button

I have been looking for the avr-gcc file to delete but I can't find in the c:/users anywhere.

Could someone give me a point in the right direction? That would be great!

Pastebin.com is the number one paste tool since 2002. Pastebin is a website where you can store text online for a set period of time.

Post a link to where you got the anet hardware package from. Please use the chain links icon on the toolbar to make the link clickable. 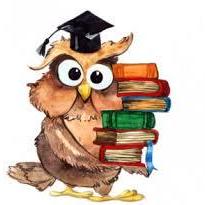 Anet A8 firmware. Contribute to pedromreis/Skynet3d development by creating an account on GitHub.

No, that's the firmware. I'm talking about the thing you have installed at C:\Users\Willem\Documents\Arduino\hardware\anet. It's what added Anet V1.0 to your Tools > Board menu.

pert:
No, that's the firmware. I'm talking about the thing you have installed at C:\Users\Willem\Documents\Arduino\hardware\anet. It's what added Anet V1.0 to your Tools > Board menu.

There is a folder in there called avr

there is also a pins_arduino.h file on one of the folders here.

Is this correct or?

I Think this is it!

Thanks so much for the fast response!

Where I am getting stuck is here:

4 - Add to the boards.txt the config about anet

How would I be able to do this?

Thanks for all the support.

I've spend a lot of hours trying to flash this board but it just doesn't work out.
All of the tutorial steps I've walked through with succes. When it comes to actually uploading the firmware, the error just keeps coming back.

If there is anybody who can do this, please contact me. I am willing to pay for it.

Please follow all the following instructions exactly. If there is anything you don't understand then stop there and come back here and explain exactly what step you're on and what trouble you're having.

Since I don't know what you've been doing previously we're going to need to start from scratch. If there is anything you need to save in any of these folders back them up.

This is really awesome pert!!

It took a while because I've first installed windows 10 (from windows 7) just to exclude even more.

I've done all the steps. The uploading takes a lot longer, that looked really promising, but there is still an error.

A different one though:

In file included from sketch\SdFile.h:27:0,

In file included from sketch\Marlin.h:10:0,

pert, with your help It has now become a major succes. I would like to thank you with deep respect for helping other people out!

In the past few days I could print a preproduction prototype for my job and managed to prevent a major problem.

In the last few days it's been 24/7 printing over here. Thank you so much and I hope that this topic will help many others!

I'm very glad to hear it's working. Enjoy!
Per