Not really a problem.

Ethernet Board on UNO or vise versa. 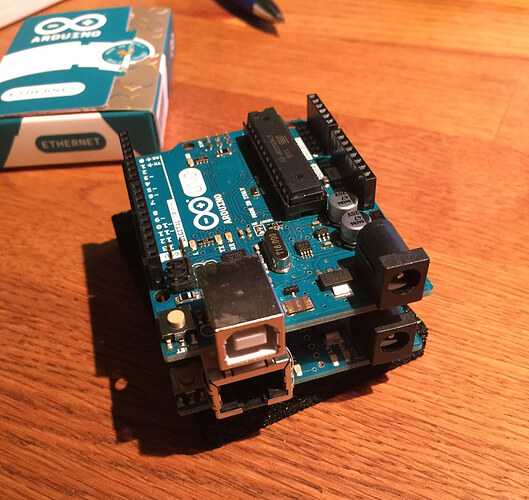 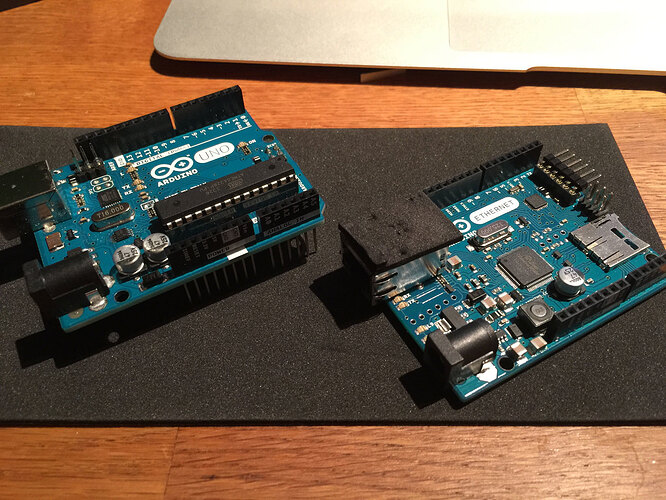 It doesn't mater for the funktion ( I think ).
I only wonder when I saw pictures on the Web > Ethernet Board is on top of the UNO ...

Anybody who know whats happen ?

That Arduino UNO (http://arduino.cc/en/Main/ArduinoBoardUno) is unusual. It has extended header pins (typically used only on shields). It also appears to have the ICSP header on the bottom. I have no idea why it was built like that.

"Ethernet Board on UNO or vise versa."
Neither. Don't use an Arduino as a shield on another Arduino.

I was knowing there was something wrong but not exactly what :o