I have a race car fitted with a sequential gearbox and I'm wondering if it's possible to replicate a system like this using an arduino: 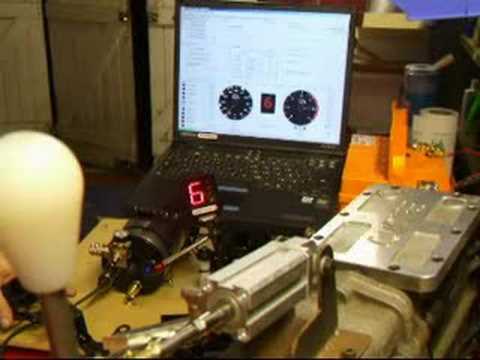 Basically it will be controlled by 2 switches, one to shift up and one to shift down, the arduino will then cobtrol an electric solenoid which will shift up or down. the arduino will also need to cut fuel/ignition whilst shifting up is in progress, I'm guessing this can be done by some sort of relay? Also it will need to read a potentiometer on the gearbox to ensure power isn't re-engaged until a gear is selected in the box. That's the basics a few more features/inputs may need to be added, my concern is, I'm expecting the full gear change process to take around 60-80 milliseconds, there will be a lot of coding involved per gear change, how long does it typically take for an arduino to read code on similar applications to this?

Reading the switches takes only microseconds.
Actually moving mechanical parts takes longer.
What kind of vehicle is this going on?

It is going in a Westfield, which is a lotus 7 replica. Here is a video of the solenoid I was planning on using, I know it's on a motorbike but my gearbox in the car works in exactly the same fashion, 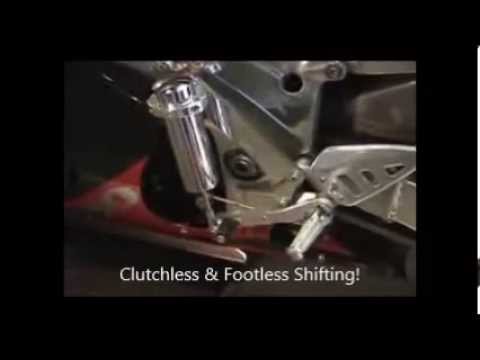 I guess I could use a pneumatic system like the original post however that is more complex but in terms of moving mechanical parts it would only be a case of releasing air from the valve block to the actuator which could be treated as a switch I guess...