Getting music information from iPhone

I'm new here and I'm tryng to connect my iPhone and Arduino wirelessly to get music information that which song is playing from the iPhone (just same as Bluetooth car audio system) to change the speed of servo motor depending on music and its artist.

I saw similar project below, but this project connected iPod by hardware stuff. 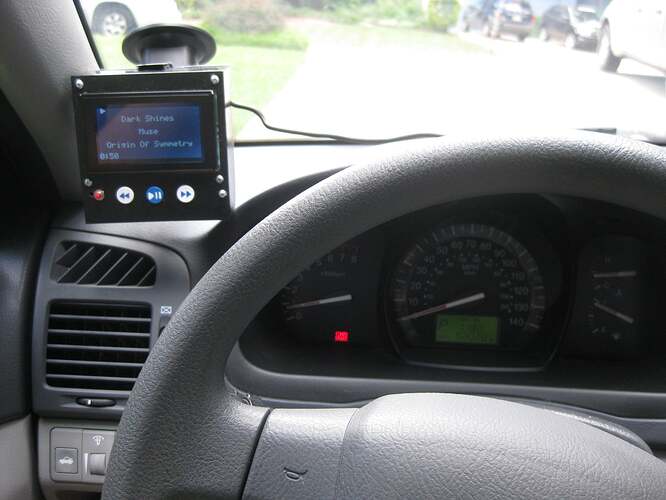 IPod Information Screen: My girlfriend, a music buff, asked me to come up with a better way for her to look at the track information of the current song playing on her iPod touch while she was using it in the car. Those of you that have or have had...

by connecting to Arduino through audio jack, but that just delivered music itself
and still I wasn't able to catch the information which song was playing and who was the artist.

Any help or advice will be appreciated.
thanks!