I'm now in my last year of my Bachelor and need I to make a thesis. For this I went to Germany, here they gave me and my friend a project. (Project: a vehicle powered by wind) We need to foresee a vehicle of some measurements and display them to the driver. My first of many to come questions, is which display should I use? I spoke with the driver and my supervisor and they said that I should go with a GLCD because I need to visualize the wind direction and the rotor speed (and some other things, but they are plain text and numbers). I have found 2 similar GLCD's on Sparkfun.
Graphic LCD 160x128 Huge
Serial Graphic LCD 160x128
I can't seem to find out what the big difference is between these two and which I should take.
If somebody has a better idea for a GLCD, tell me.
Everything needs to be controlled by an Arduino Mega.
(Money isn't a really big issue.)

They both use the same display. The second (more expensive) one includes a 'serial backpack' interface. By using this second option you use fewer I/O pins on your Arduino and you avoid having to deal the GLCD controller programming. The tradeoff is that you are at the mercy of the person who programmed the interface chip which may or may not have been done according to the data sheet and which may or may not include access to all of the functions of the LCD controller. On the other hand some of these interfaces include enhanced functions that are not natively supported by the GLCD controller.

You are most likely better off using the one with serial controller. If it doesn't work out you can remove the backpack and you are left with the basic parallel GLCD.

I read below in the comment section that there are a few bugs with the backpack?
Do you have any suggestions for alternative GLCD's?

Have a look at 4D Systems screens: they're use only one serial port, handle display, touch and SD-card and are affordable.

I've developed a library for them, with:
• GUI with label, button, dialog box, menu and slider
• Graphics with clock, gauge, histogram
• ...

You'll find everything, including documentation, tutorials, examples, and code here.

I did some work with the EA DOGXL160, which is a 160x104 GLCD (Chip-On-Glass DOG Displays from DISPLAY VISIONS, Display Visions). The display is very large and has a good visibility also from 1m (or more) distance.

Note: Frame rate is an issue for all big displays. With u8glib it is somewhere between 3 and 10 FPS with the SPI interface.

avenue33:
Have a look at 4D Systems screens: they're use only one serial port, handle display, touch and SD-card and are affordable.

I've developed a library for them, with:
• GUI with label, button, dialog box, menu and slider
• Graphics with clock, gauge, histogram
• ...

You'll find everything, including documentation, tutorials, examples, and code here.

Looks nice! Touch screen isn't that necessarily. Colors would be nice because the driver wants to know when the rpm of the rotor is 'good' (green) and when its 'bad' (red). Something like this: 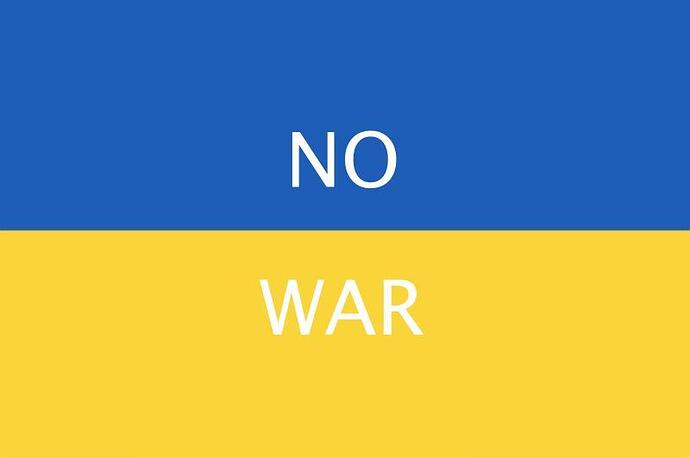 Thanks to libraries I've developed, you can display those graphs very easily with a couple of lines of code only! 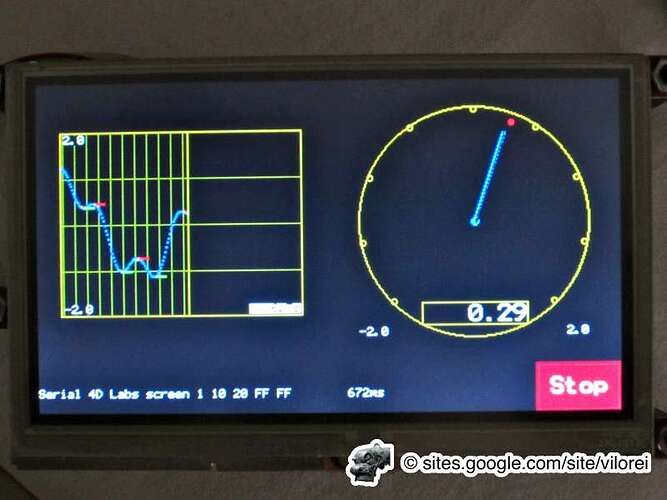 More on this here.

Has the Arduino enough juice to power the lcd's from 4D?
Does your library also support uLCD-43PT?

Has the Arduino enough juice to power the lcd's from 4D?

Yes, it does although sound requires a separate power supply.

Does your library also support uLCD-43PT?

You'll find there all the answers to your questions.