I want to extend it's battery life by replacing and soldering on a new battery and enclosing the battery and the GTU 10 in a Otterbox 2000.

I would like to be able to charge the new battery through the USB connector on the circuit board, so is it possible to do? What should be the specs on the new battery? Why does the battery have 3 contacts?

After removing the shell, you are left with a 3.7v, 740 mAh, 2.7Wh Lithium-Ion battery and the circuit board. 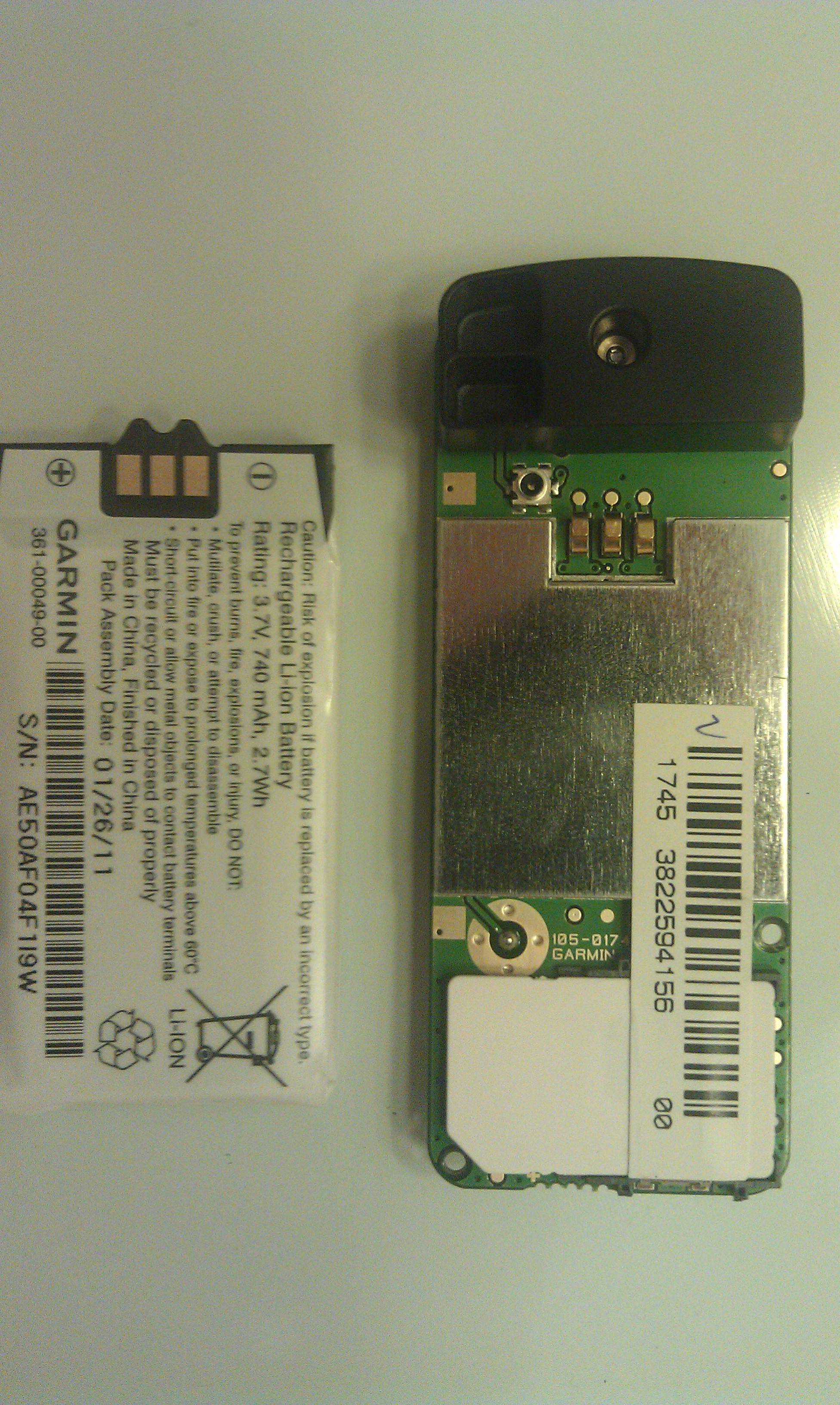 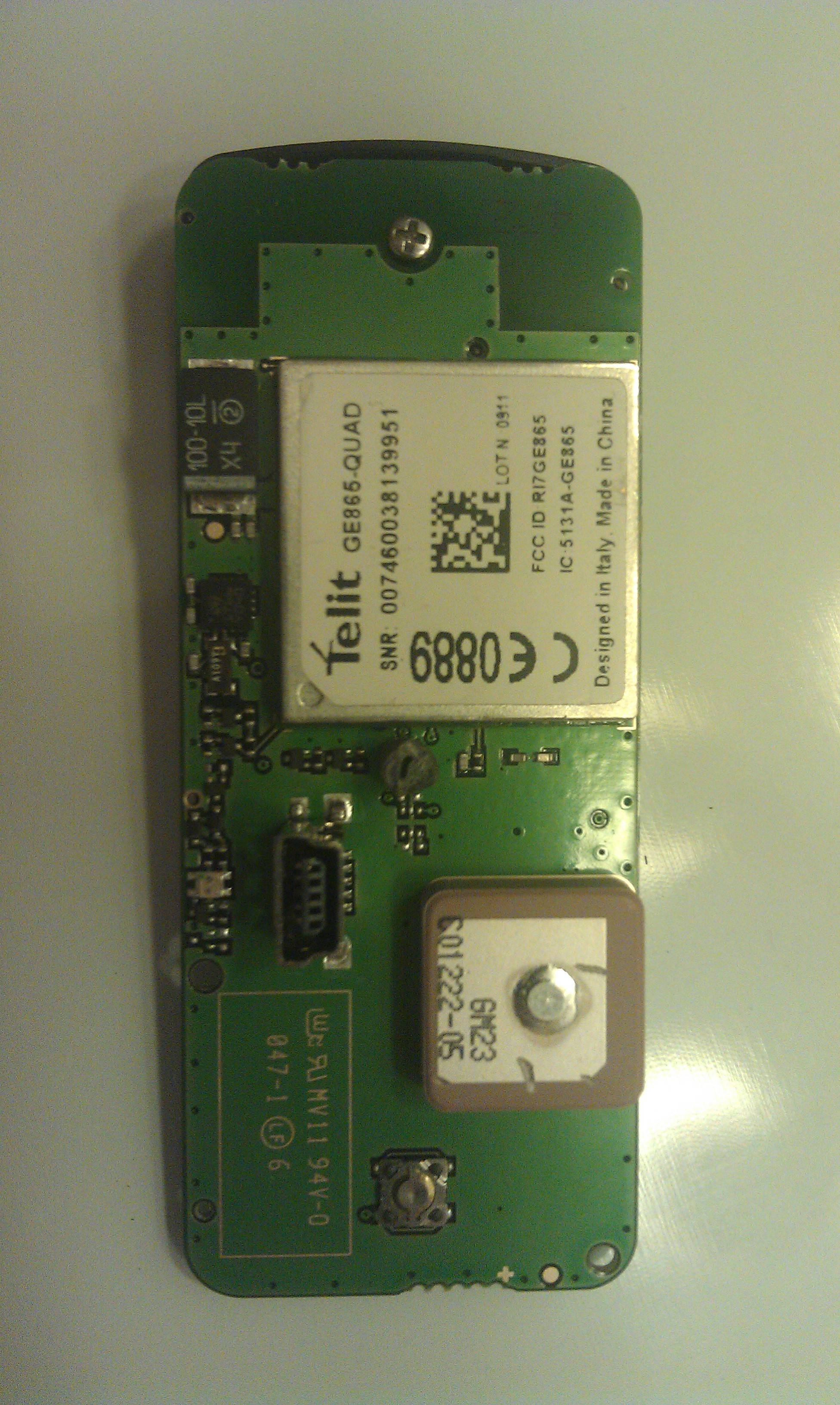 The third terminal is for safety. On almost every li-ion battery it is a thermistor to be able to measure the temperature of the battery.

When using a larger 3.7v battery, the charging circuit could overheat. The normal battery is 740mAh, I think a double of that is still safe.

For a very large battery, you better disconnected it and use a seperate charger to charge it. What kind of battery do you want ? In the range of 4000mAh ? For 8000mAh, you can look for Lipo cells (li-polymer).

Perhaps it is possible to use a 12V battery and use a dc dc converter to create 3.7V out of that. But there is a small chance it might blow the circuit of the Garmin.

The best way is perhaps using a 7.2V or 12V RC battery pack, and use a dc dc converter to make 5V and connect that to the usb. That way the Garmin is still original and can charge it's own original battery.

I agree with Caltoa - the center terminal is probably for a thermistor, some times just a fixed resistor to tell the unit what model of battery it's fitted with. On older Nokia cellphones, it's a fixed resistor that tells the phone how many mAh and what battery chemistry (a table of available types is known to the firmware) some even uses the extra pin to communicate with a fuel guage-IC inside the battery - in the case of Garmin, it's probably just a thermistor.

I see absolutely no problem fitting a bigger cell, as long as you keep it 1S (1 cell, nominal 3,7V)

But give it a try - as long as you don't polarise the cell incorrect, you won't destroy anything.