I have made the following graphic speedometer using a GLCD JHD12864E and it is acuipped with following features:

It starts with a LOGO displaying some graphic of a custom motorcycle manufacturer.

Do you have more background-info?

Where did you got the LCD from and how much did it cost?

Do you have more background-info?

Where did you got the LCD from and how much did it cost?

Hi Kduin ,Thank you very much for appreciation,
Yes i have more background-info , What do you want to know specifically, However i can provide you a step by step guide?
Where are you located?(Country)

I have loaded 2 more pic's which illustrate the change in Fuel gauge level on the screen as per the fuel in tank.

Cool project.
I'm always fascinated to see what folks do with the glcd library.
--- bill

This is the biggest part , here we have old technology bikes in India(New ones with ECU are being introduced but are costly and i can’t buy one) which have carburettor and NO ECU so OBD isn’t existent so as such i have my own sensor installation for reading magnet sensor and framed the Algorithm that calculates the speed and fuel gauge level and other things you have on screen and apart from this i have also used a CD4021 Shift Register here because i used a Deumilanove and because the GLCD ate up all the pin’s on it.

The shift register is soldered on a board (SEE ATTACHMENT) with voltage dividers taking input from bikes 12v battery system and bringing down to 3-4 volts DC for getting functions like Indicators and neutral and a single button for TRIP meter,it also has a voltage regulator that intakes the variable power inputted to it from resistor that changes value on the basis of float level in fuel tank and is fed into ANALOG PIN or ATmega328.

The programme that i have right now takes a lot of space and it is currently 22KB on FLASH right now because there is custom font developed for it and other Graphics are there as well. other is the code.

EDIT:
Germany is a very high technology driven country i think you would be easily able to procure a GLCD there , may be it is available two lanes down to your home.just get to a electronics store and have it.

Make sure you ask for a Ks0108 Driver compatible GLCD as the library of GLCD is Ks0108 driver compatible ,however it is the most popular Driver that is on these GLCD’s so definitely you will have it easily, Cost would be like 15 to 20 euros or 20 USD(there is one more driver with which the GLCD v3 library is compatible with but Ks0108 is so popular and widely on these GLCD’s that you won’t even have to care to know about it!) 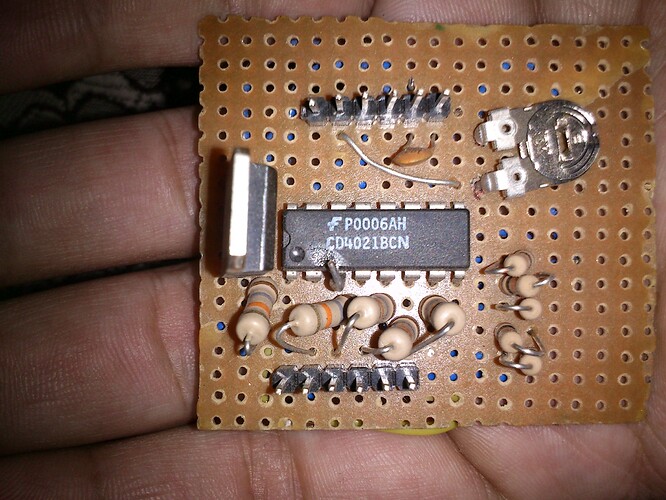 Nishant,
Have you seen the teensy boards:
http://www.pjrc.com/teensy/

They are very small and offer more of everything (flash, RAM and pins)
than a standard Arduino usually at a lower cost.

They are very nice for bread board testing or for use on a custom
strip board.

Thanks a lot i already know about them and have always loved them, The only problem is that they aren't provided in india by any legal Distributor, as such i was thinking to take distributorship myself for these teensy's , there are total of mainly 8 distributors of arduino stuff in india out those 7 are located in South India(im very far from them in DELHI, north india courier cost hurt me as such) and none of them deals with Teensy's what a lame thing!

also the other Physical computing/Emdedded providers here also do not even talk about Teensy's and i yet do not have Credit Card to make purchases offshore.

EDIT: Ebay allows me to pay in a manner other than CC, but i do not get Teensy on it????? rather TEENSY WEENSY GSTRING BIKINI babes turn up

Here is his current vehicle . OBD2 will soon be installed on all the newer models 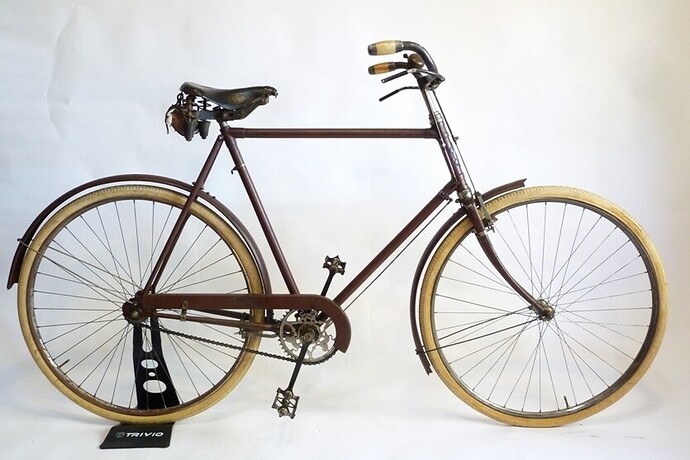 @ April for your NOT SO KIND information , The following is my bike right now: 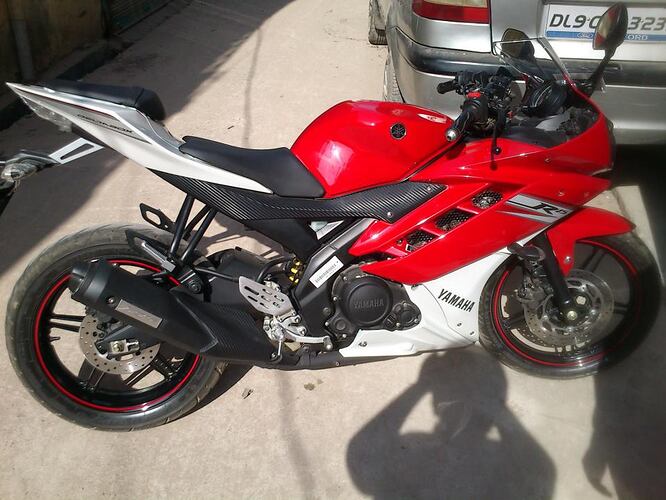 Its a Yamaha and it’s got OBD2, A new Remapped ECU and K&N filter along.

Hey man just a joke -could not resist .

Really a lovely bike Can I go for a ride?

Really a lovely bike Can I go for a ride?