I've just released the TB2, a 4 voice paraphonic wavetable synth shield for the Arduino Due. The TB2 features 2 oscillators per voice, an ADSR envelope, LFO, digital filter, arpeggiator, as well as a 16-step sequencer. 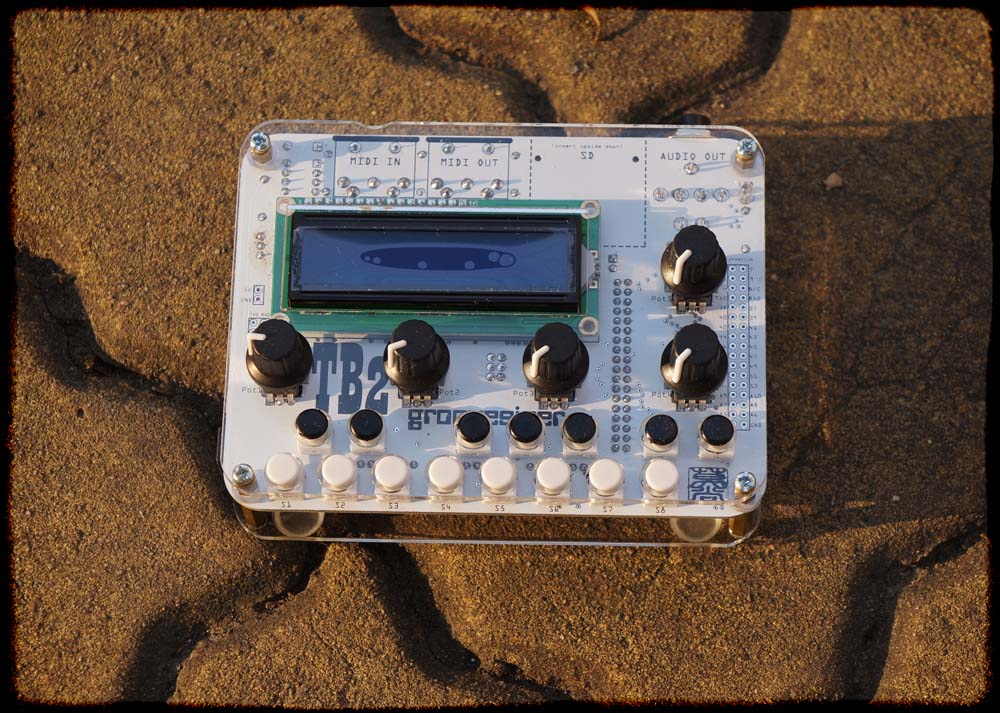 For sound generation, the TB2 makes use of the pair of 12-bit DACs built into the Arduino Due’s 32 bit ARM processor. The TB2 uses an SD card for storing patches and sequences, and it also allows the user to load single cycle waveshapes for the two oscillators and the LFO. It's available in kit form from http://groovesizer.com/store/

I wish I had some idea what you are talking about.

Here's a video with some talking that explains what it's about https://www.youtube.com/watch?v=8N2JAbtbiMk

And this video gives you a better idea of what it sounds like https://www.youtube.com/watch?v=c9mzL6aF-kU