I am currently in the process of designing a "geocache" project using 2 arduino nanos and wanted to get some assistance. To provide a background on what I want, I want to have a box that you can place in the woods/ hide somewhere, and then have a handheld tracker that beeps quicker and quicker as you get closer.

My question is: what kind of transmitter would work within 1000 or so feet that would work best for this type of project? In addition, how would I go about measuring the signal strength with the receiver?

If you have another idea on how to do it, that would also be appreciated.

There are a couple of major difficulties with your idea, which comes up all the time in the forum. To my knowledge, no one has reported success.

Using license free radio modules, it is difficult to impossible to get 1000 feet range in the woods. You generally need an amateur radio license and use a reasonably high power transmitter. You could also try the LoRa modules, but they are not popular so there are few tutorials.

A more straightforward challenge is to do this with an Arduino and a GPS module, but you generally need a clear view of the sky.

Google "fox hunt amateur radio". What you want to do is done all over the world by thousands of people. there is even a world wide competition, with local competitions occurring on a regular basis.

Build a transmitter and receiver, get the trasnmitter to constanly send signals or packets and use the receiver to measure and display signal strength, expect the signal strength to vary a great deal, especially when close.

I have made many simple RF beacons for locating stuff thats 'lost' and there are ways of using audio tones and a UHF handheld for locating, in a similar fashion to amateur radio foxhunts, but measuring signal strength is usually not very helpful.

However I am guessing you have little or no experience of radio stuff, as you just quote a range of 1000ft without saying where the 1000ft is.

jremington:
You could also try the LoRa modules, but they are not popular so there are few tutorials.

LoRa probably has the range, although it may be a challenge in very dense and wet vegitation.

There is code and a tutorial here;

The build document (Building the LoRaTracker Locator2.doc) shows some simple options for displays at the end.

Its a GPS tracker, which of course dont work well (if at all) in forrests, but it does report signal strength.

Another thing: how do you plan to power this contraption? The transmitter would have to be on at all times, and that's going to kill any battery really fast.

Triangulate using a directional antenna. The frequency needs to be in the VHF or UHF range so that the antenna is small enough to be carried. See 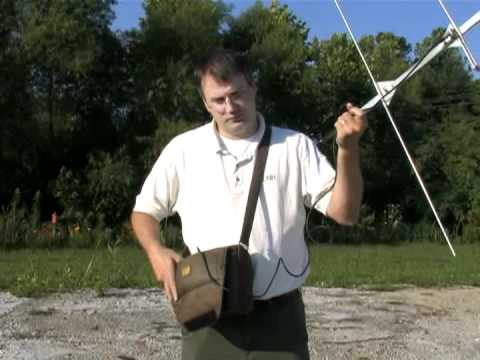