Help with a simple LCD setup

Hi, so I've been following a tutorial (Overview | Arduino Lesson 11. LCD Displays - Part 1 | Adafruit Learning System) from Adafruit about hooking up an LCD display. I followed their breadboarding diagram and uploaded the sketch, but nothing appeared although the display lit up. Any ideas? Thanks in advance! Here's a picture of my setup: http://i.imgur.com/CLiGaJI.jpg

Check your to see if your power rails are divided in the middle. 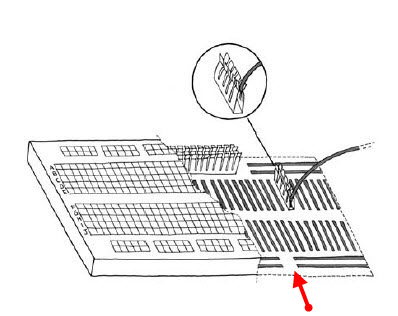 That was it! Thank you so much!

LarryD:
Check your to see if your power rails are divided in the middle.

No need to "check" - the photograph clearly shows that they were.