How to measure level of sand in a bucket/tank

I need to remotely determine the level of sand in a tank.

Once the sand levels in the tank are low, I want to receive a notification or turn an LED on (so to remind me to refill it).

I was wondering if there were sensors out there that could help me with this.

One idea I had was to have a proximity sensor attached to the lid of the tank that would point straight down to measure the height of the sand pile (once it reached half the tank height I would turn an LED on).

This is probably a bad way to do this and I want to implement a more elegant/accurate system.

Help/advice would be appreciated!

Get an ultrasonic sensor and try what you suggested in your original post.

Is it always dry sand, or can it sometimes be damp? Is the composition of the sand always substantially the same?

Another possible approach is a light-beam across the tank that would be broken if the sand is high enough.

The idea with the light beam could work, however I see a potential problem. If the sand is fine and/or dry, it will produce lots of fine dust when its moved, like, when you refill the silo. If this dust settles on your light source, you would get low intensity at the detector, even if the silo is empty.

At industry scale, it is often done with a radioactive source, Americium i think, but I think for private applications that's hardly feasible.

I would also suggest the ultrasonic sensor.

Edit: Maybe it would be possible to build some kind of shielding for the light source and detector, which opens only briefly for measurements, and then closes again, like a camera shutter. Maybe one can even salvage one of those.

I would not use light beam across the tank, because it would make the emitter and/or receiver dirt and you'll have false readings.

Also ultrasounds need to be well filtered, because you'll get reflections from the walls of the tank.
You can skip them by sending some trains of signals with fixed intervals, and from the first reflection you get (usually the right one, because it's the shortest path), you trigger and filter out what is out of timing.

Load cells are not easy to be used.
Standard density for sand is around 1.6/1.7 tons/m3 when dry, but again if it gets wet you'll get false readings.

A tether ball should float on top of the sand. When the desired level is reached, the weight of the ball pulls on a spring switch.

I have used capacitive proximity sensor mounted in a pipe coupling in the side of a sand blast tank (pressurized to 100 PSI), worked great. 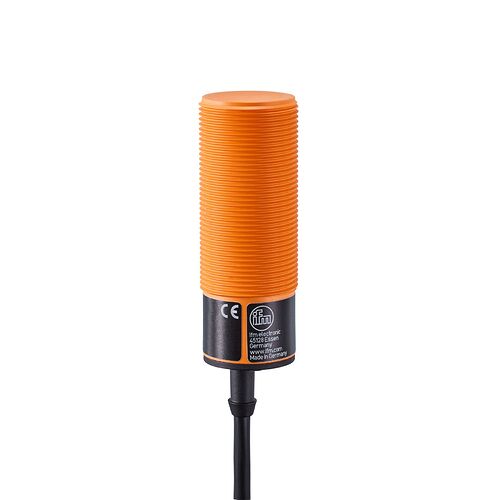 All information about the KI5208 at a glance. We assist you with your requirements. ✓ Technical data ✓ Mounting and Installation Instructions ✓ CAD drawings ✓ Compatible Accessories