is my lcd broken, or am i doing something wrong?

Hi, I'm new to Arduino and i have bought the LCD screen below from Ebay, the LCD screen is working, but the 8 boxes on the right seem not to function correctly. Did anyone see this before? or do you guys think that my LCD screen is broken? 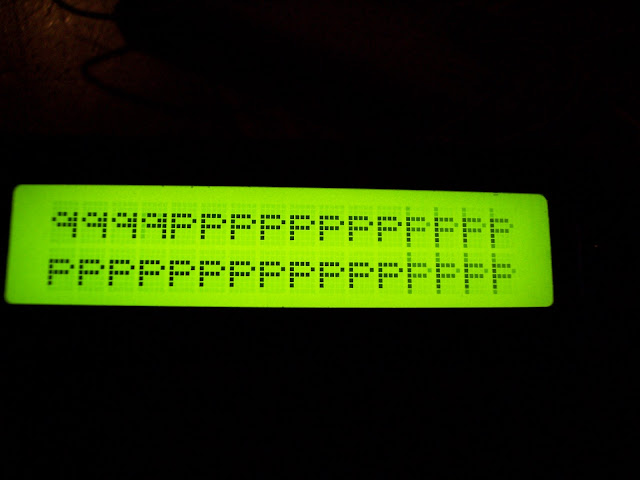 Can you show us the code?

have you made sure lcd.begin(16,2) is in there?(if using LiquidCrystal library)

Can you show us the code?

Show us a photo of your setup as well

have you made sure lcd.begin(16,2) is in there?(if using LiquidCrystal library)

Answer: Yes, otherwise the second row of characters would be blank.

Does seam like those last 4 columns are messed up. The screen may have been damaged

Thanks for your replies,

time to order a new screen.

Occasionally that issue can be fixed by adjusting the contrast, sometimes temperature can mess it up (occasionally permanently if it has been too cold during storage)

Always be wary of ebay sellers. I would recommend emailing them and trying to get another one. Just tell them you'll give them a bad rating and they normally see sense pretty quickly.

This changes nothing in terms of your display. The resulting information that is sent to the LCD controller is exactly the same as before.

time to order a new screen.

Does this means that you are no longer interested in troubleshooting your problem?