Is this power configuration acceptable?

I'm trying to power an image sensor that requires two power inputs, one for digital and one for analog. I was wondering if this configuration is workable. The datasheet is attached below.

The sheet does not specify whether the sensor needs two separate power supplies, but I may be wrong.
Out of curiosity, if I were to need three power inputs would this be viable for powering them assuming that it works for two? 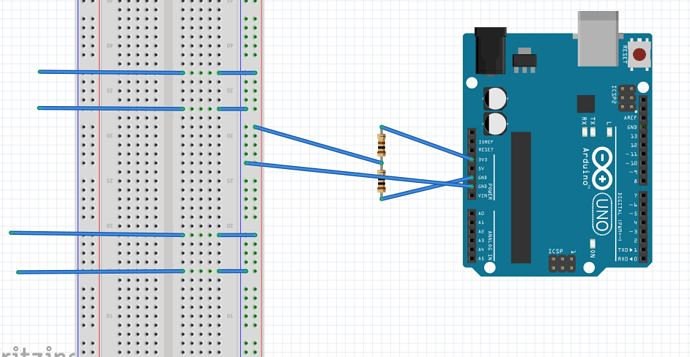 Why are you using a voltage divider on the 3.3V power ?

The datasheet specifies that all the of the inputs need 2.8 V.

Sorry. I just attached the datasheet.

The sheet does not specify whether the sensor needs two separate power supplies, but I may be wrong.
Out of curiosity, if I were to need three power inputs would this be viable for powering them assuming that it works for two?

What do you mean by this ? Do you mean if you need to power additional devices (sensors etc?)
The answer to your question depends on the required power for those devices. 2.8V is quite rare. Almoste everything else is 3.3V or 5v. So the power bus you have for this sensor would be useless for anything else. You should use a volage divider with more resistors so you have outputs at 2.8 and 3.3V. Personally I don't like this arrangement because you can't control the current.
If a device needs more current it will load down the divider because it will have a lower impedance and look like another resistor in parallel with the one connected to ground. You should spend $5 to get a 33V regulator 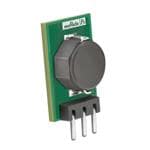 I read a datasheet for another CMOS sensor that specifies the need for separate power supplies for analog and digital power.

It seems that the different power supplies is due to the analog and digital power needing different input voltages. Sorry I seemed to have skipped that part. Despite its narrow uses, will this configuration power the sensor without harming it?

I can't tell the color bands on the resistors with my screen. What are the values ?

which one is which ?
list the wire connections for both resistors since I can't tell them apart.

Dropping resistor formula:
Rdropping=(vin-Vload)/Iload
Rd=(3.3V-2.8V)/0.028A=17.85 ohms (same value but this formula accounts for the sensor current and yours doesn't.
end result is the same

Thank you for the help.