Getting output as follows when attempting to upload a sketch:

Getting output as follows when attempting to burn an new bootloader:

I have seen several issues referencing this however none of the solutions provided have been effective. Has anyone has success in dealing with this?

I'll bite. What's an "Arduino Zero W"? Can you post a link to where you bought it, and/or a photo?
A "Genuine" "Arduino Zero" has a separate debug chip that implements CMSIS/DAP (Debug Access Protocol) for programming. Many of the SAMD21-based derivatives omit this chip and use a bootloader i the SAMD21 itself. Your symptoms are about what I'd expect to see if you were trying to program one of the derivatives using the "original Zero" board setting. Or if you were using the "Native" USB port rather than the "Programming" USB port.
(You could try just setting the board type to "Arduino M0" instead."

Thanks for the reply! I have seen some mention of different Zero board types, I am 99% sure that I have the Zero (W is wireless enable which is also causing issues but issue for another thread).

Here is a link to my board: 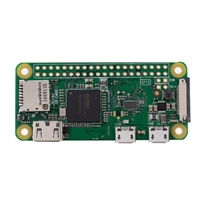 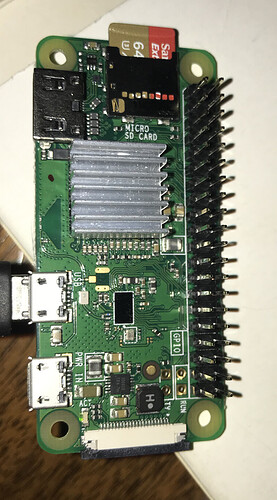 It'll need completely different methods of programming from an "Arduino Zero."
(You might be able to use Arduino to program it, but not in the way you're currently using.
See, maybe, How to Run Arduino Code & Programs on Raspberry Pi (I haven't seen much of anything here about that, though.))

Another alternative to the 3rd party hardware package used in the tutorial westfw linked is Arduino Web Editor's support for programming Linux devices like the Raspberry Pi with Arduino sketches:

I haven't tried either option, and also haven't seen much about others doing it. I'm a bit partial to the me-no-dev/RasPiArduino approach, but it may be good to have a couple options to choose from.

If you try it, let us know how it goes. I might be willing to break out my Raspberry Pi Zero W and give it a try.