Here is info and the source of a Halloween costume I built one year, and later made better using and Arduino. It consists of around 72 LEDs, in 8 channels of software driven PWM.

Nine Inch Nails I believe, it's all free music Youtube let's you put on your videos.

I don't think my science teacher would let me wear that in the lab.

Lol, I wore it into work on halloween. It turned some heads at my lab. 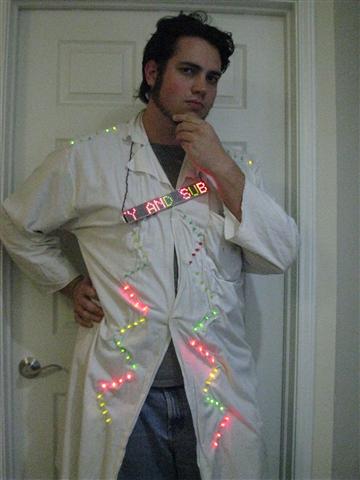