leetZeppelin was build by me and Fredrik (@fleijon) for an exhibition that the company we work for, tretton37 (tretton = thirteen), had at a software conference. The blimp is powered with an Arduino fio that communicates with a computer using xbees and is controlled with a Wiimote connected to the same computer. For fun we added a tv-b-gone to it that could be triggered if the secret key combination ]:D

try to reload the page or go to http://www.youtube.com/watch?v=geMrAmBJsls

yup fine now! it must be later already good looking machine how do you control altitude?

we controlled the altitude by change the direction of the motors 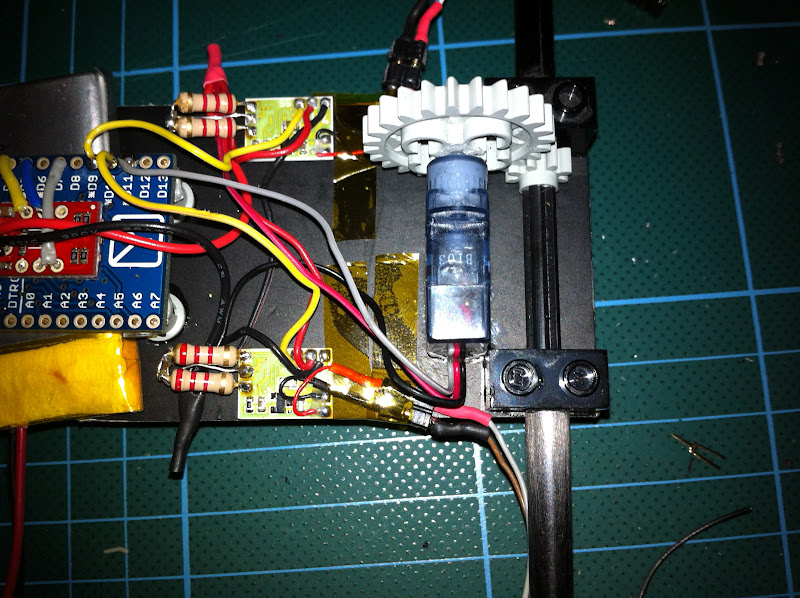 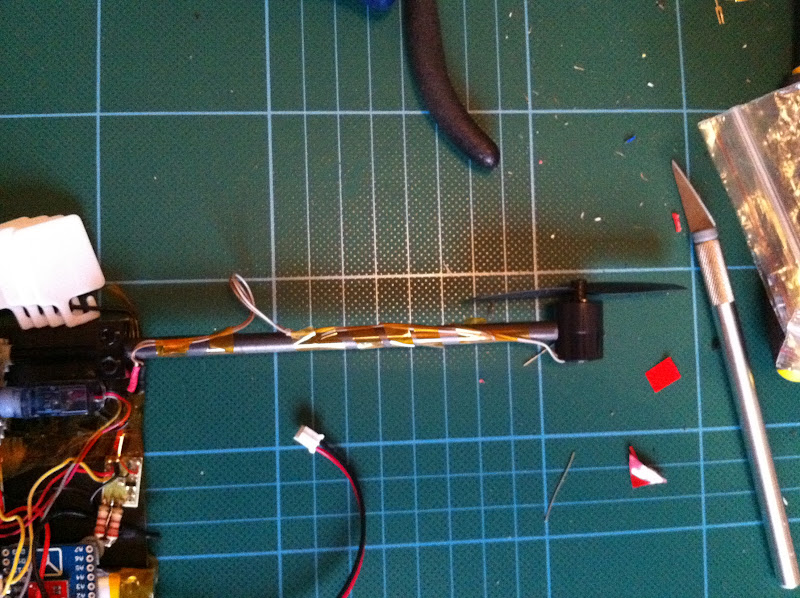 er I meant how do you make the blimp go up and down?

the servo on the first picture change the angle on the motors so it change the direction of the trust from the motors.

and the angle is controlled by the wiimote