Hello everyone, I am new to working with LoRaWAN and CubeCell HTCC AB-01 modules. I have had problems connecting the CubeCell HTCC AB-01 module to TTN and a UG87 Gateway. The UG87 Gateway is already connected to TTN, I even registered the module in TTN as well and the status indicator is on (green) but it does not send the messages, in TTN the messages that the node is sending do not appear. I use the LoRaWAN sample code given by the Arduino IDE (Examples for CubeCell HTCC AB-01 cards), from the code I only change the keys and assign the keys that TTN generates automatically. I upload the code to the module and it loads perfectly, but it doesn't send the data. If I use the OTAA activation method on the Arduino IDE serial monitor it says “joining… join failed repeatedly, join again at 30s later” and if I use the ABP activation method it indicates “confirmed uplink sending…” repeatedly. This indicates that the node does not connect to TTN and does not send the information. What could I do about it?

Hello, I have attached screenshots as evidence. 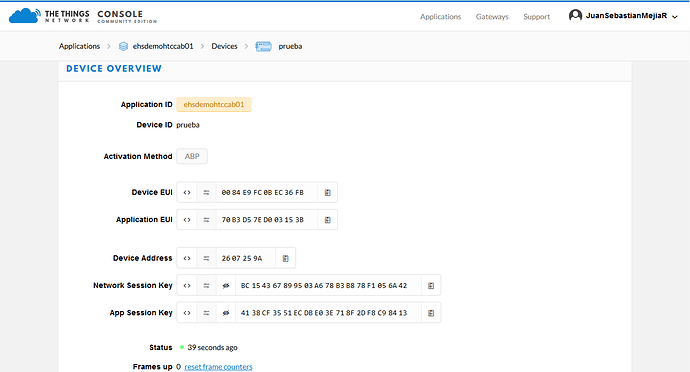 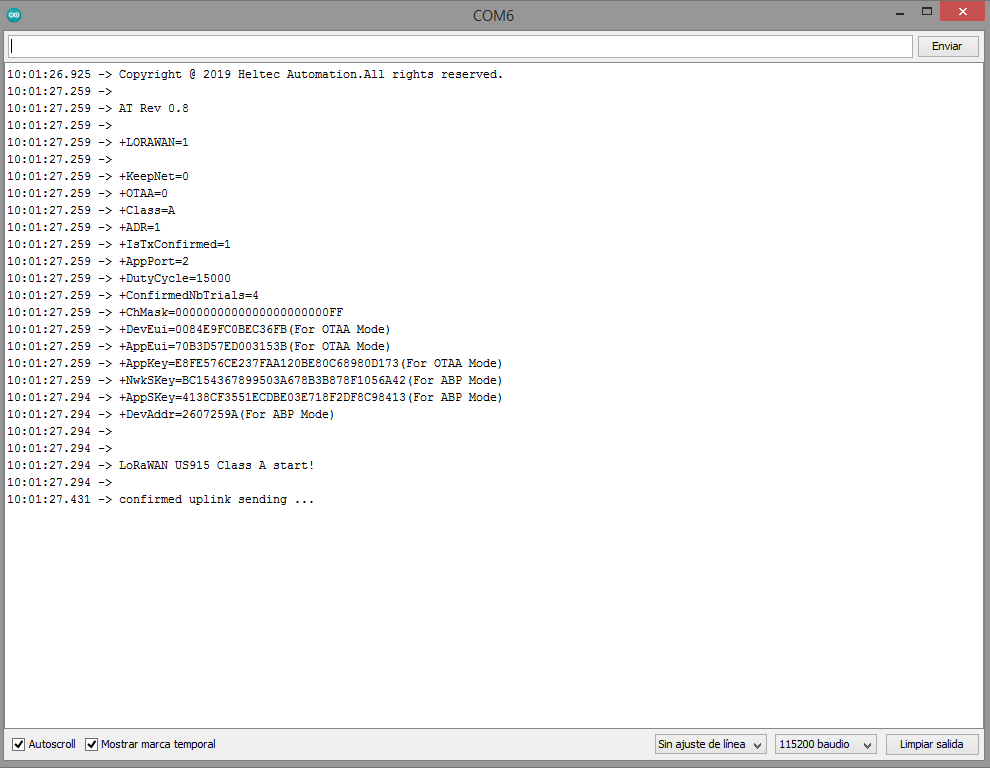 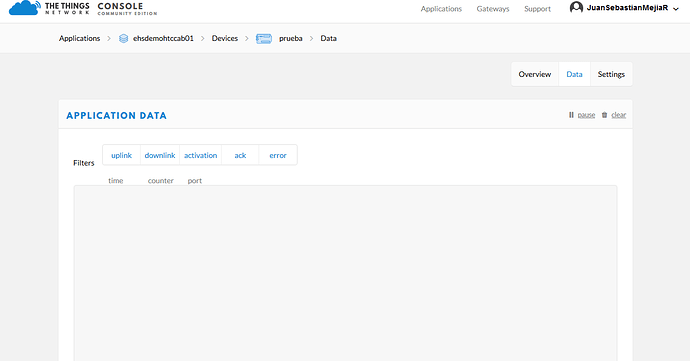 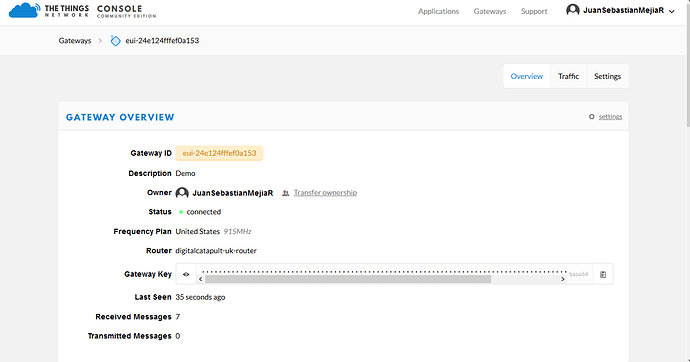 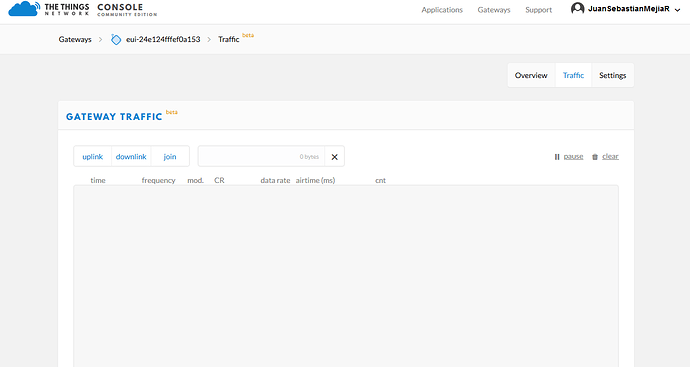 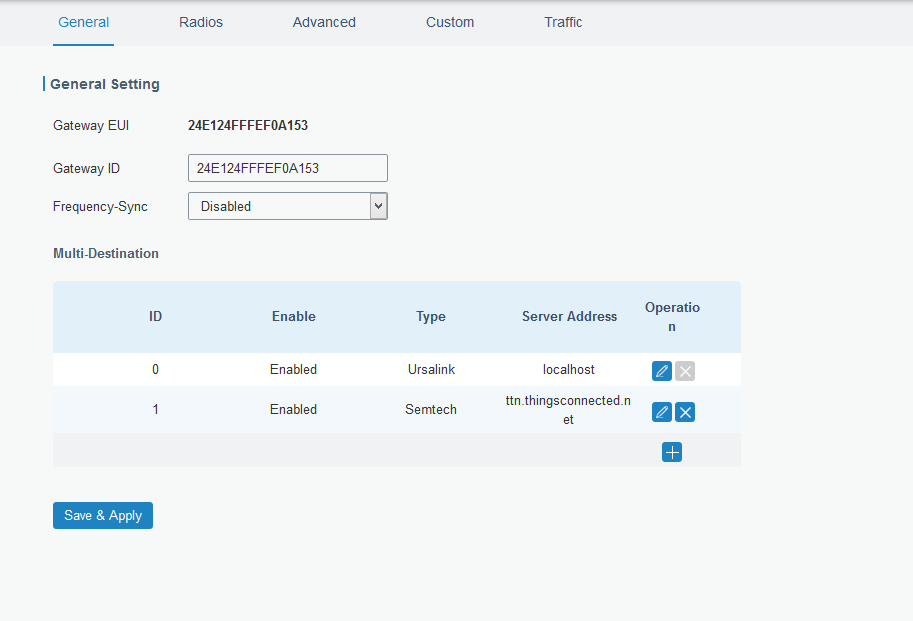 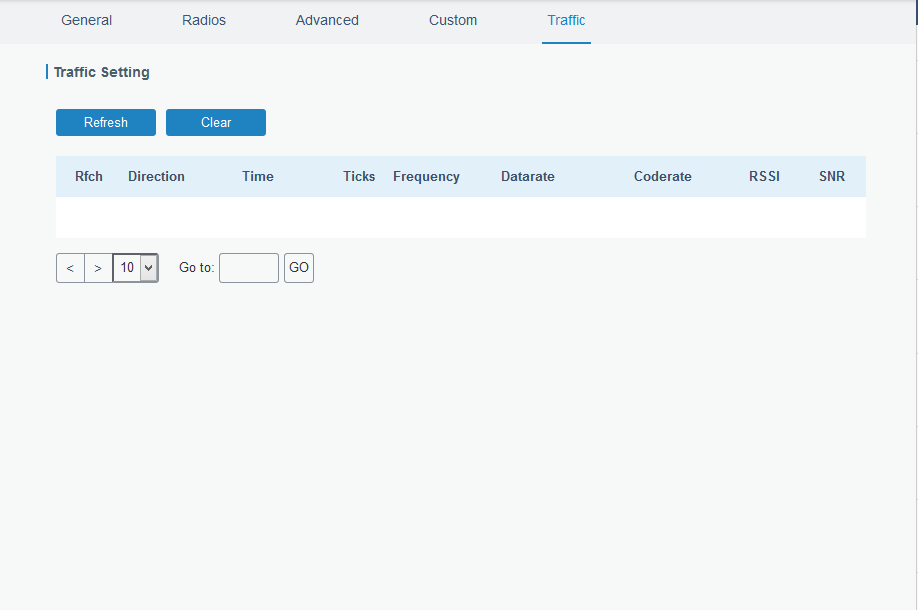