Moving from Windows to Raspberry Pi4 - not simple

I want to do my Arduino programming from a Raspberry Pi 4. For twelve months I've been using Windows.

Installing the IDE on the Pi wasn't easy but I got there.

I can't upload sketches from the Pi to a Nano. I've tried all the learnings I've got from the Arduino forums -- old bootloader, correct port, driver installed, unplugging & replugging, restarting IDE..... -- but no progress.

My query is: where is the best place to have an ongoing discussion on making Pi work with Arduino boards? Is this an Arduino topic? Is it a Pi topic?

Has anyone else been down this path?

I've spent several hours searching but haven't found a place where this is discussed in depth, or at least in a way that is really helpful in making the transition. I feel skill in Linux is required to a greater depth than skill in Windows when using a PC.

Is it okay to get an in-depth discussion going in this Arduino forum or is it a non-Arduino topic?

But to gather yourself some more relevant information before embarking on that journey might I suggest the little magnifying glass at the top right.

It will gather just the forum results in google for you.

You will find some of your probable questions already answered.

Linux for the most part eludes me too although I can follow a script quite well.

I always use the little magnifier before querying the forums. The answers might be out there but diffused. For instance, to d/l the correct version of the IDE you have to know if you are running 32 bit or 64 bit. I cud not find a definite spec on this from Rpi or Raspbian which is where I wud expect to find such specific data. Much discussion about this on several sites. The consensus is that all Raspbian versions are 32, none 64.

Now, I would like to develop sketches in the cloud using Arduino Create. This requires the Create agent plugin. I downloaded that from Github & extracted all files. I have no idea how to actually install the plugin. I don't see any file that says "run me".

I would attach a screen capture of the extracted files but don't know how to on my new Pi4 & Raspian.

Has anyone gone down this path & can advise?

According to the little magnifying glass, the Raspberry Pi 4 key specifications are:

So it looks like the processor is 64-bit. However, this does not mean that the Raspian kernel is 64-bit.

I had a look on my Pi 3 which is running a standard build of Raspian Lite. It has a Quad-core 64-bit ARM Cortex A53 procesor. First I installed the inxi command:

This is a system information tool for Linux. I then ran the command:

I plugged an Arduino Micro board in and it came up on the usual Linux port, /dev/ttyACM0. Boards using the CH340 UART will come up on /dev/ttyUSB0. Raspian is based on Debian so I would expect that the Pi version would behave the same as on Linux. I regularly use the Arduino IDE on Linux Mint (which is a Ubuntu - and hence Debian derivative) and until recently had encountered no problems. I have however recently found a problem with programming 32u4 boards and have started a thread regarding this issue. Programming Uno, Nano, Mega2560 boards works with no problems.

I can't comment on the cloud based stuff, but as regards taking screenshots on the Pi, have a look at this: 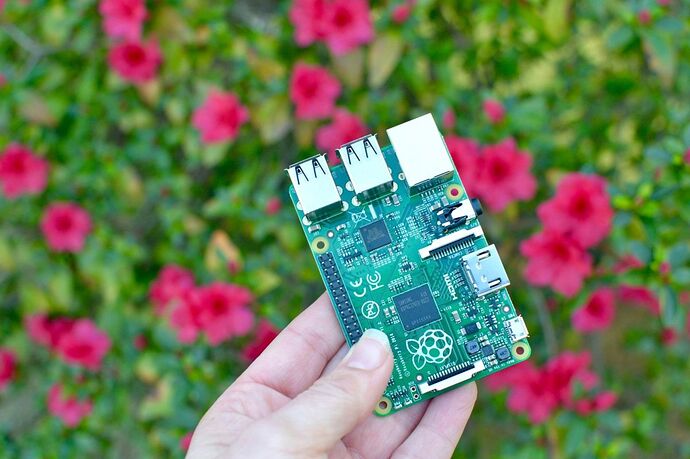 The Raspberry Pi is a mini computer that was specifically created to make tech learning easier. Celebrate Pi Day by learning how to set one up.

One thing to watch with a Pi is the power supply. Make sure you are using something adequate for the task. The official Pi power supply is rated at 2.5A which should provide ample power to the Pi and plugged in peripherals such as Arduino boards. Using any old charger might not. The Arduino boards will still flash their lights and look like they are active, but can start to mis-behave when power levels drop too low.

Karma for the info.

Most cmds I found as examples on how to determine 32 or 64 only returned "armv7l" and no numerical figure, although the examples shown did return "32" or "64".

I just found this cmd:

I installed the inxi cmd as you suggested and ran the cmd which returned:

Thanks for that. That's the first I've made use of "sudo apt".

I updated Raspbian on my Pi 3 and couldn't get Arduino 1.8.5 to install like on my old NOOBS Raspbian.

Then I found this from when Arduino 1.8.3 was current: 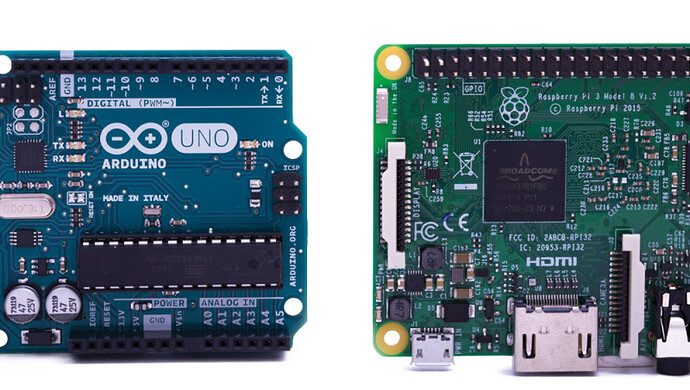 Program an Arduino UNO with your Raspberry Pi — The MagPi magazine

In this feature we look at to connect an Arduino UNO to a Raspberry Pi and program Arduino IDE in Raspbian.

Maybe I did that last time and forgot.

Extracted folder got mv /opt and the install shell run sudo from there worked for 1.8.5 but not for 1.8.11.