I have dissembled a old robot that I am rebuilding and trying to decide what to do with the left over parts and had a question about the feesability of using 2 3.7v batteires in series but charge them individually.

Here is a diagram of 2 options I came up with

I am thinking Option 2 would be the way to go?

Without information on the chargers its impossible to know if they can be stacked like this.

They are 1S chargers 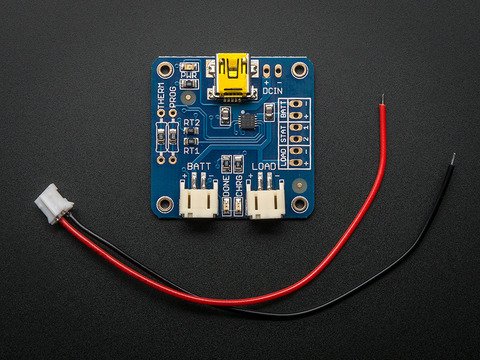 This is a Lithium Ion and Lithium Polymer battery charger based on the MCP73833. It uses a USB mini-B for connection to any computer or 'USB wall adapter'. Charging is performed in ... 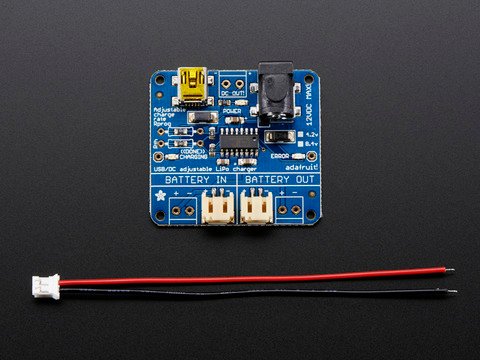 Charge your single-cell lithium ion/polymer battery any which way you like with this board. Have a USB connection? No problem, just plug into the miniUSB connector. Only have a wall adapter? ...

Based on what I could see in the datasheets, these charger ICs are only designed to charge a single cell; in both of your "schematics", I believe the cells would be seen by the controllers as a 2 cell battery (which would likely cause the controller to die or shut down). I personally wouldn't try it. What you would actually want (if you can't find or obtain a multiple-cell charger) would be some kind of "front-end" circuit that would know when the power supply was connected to the charger (by presence of voltage), and would then disconnect the cells in series (via a relay), leaving each cell connected to its individual charger, then turn the chargers on. When the charging is completed, and the power supply disconnected, it would sense that, and disconnect the chargers from the cells, and re-connect the cells back in series.

Thanks, I was just trying to use left over parts. I guess for now I can disconnect them manually and charge them. At least till I build some charging circuits. I have some sample IC's from Microchip that can charge 2S batteries.