My latest project - The PICnDuino (Arduino and Amicus18 in one)

Hi everyone. I am a big fan of the Arduino platform which I have recently adopted (I started out years ago using just PIC's)

I have found it interesting to see the differences between the two microcontroller brands and their IDE's.

This led me to make the PICnDuino. The PICnDuino contains two microcontrollers (an Atmega and a PIC) and is compatible with both Arduino and Amicus18 (Amicus18 is the PIC version of Arduino - and is programmed in Basic). It plugs straight into your USB port and provides a fantastic opportunity for you to learn two different languages for two different microcontrollers. 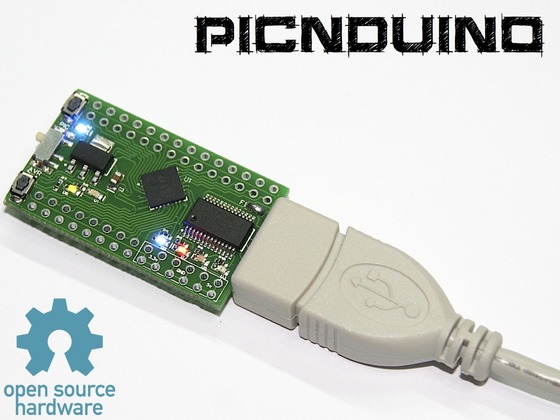 I have started a Kickstarter campaign in order to get the PICnDuino out into the community. If it's something you find interesting then feel free to check out the campaign. http://www.kickstarter.com/projects/1411349329/picnduino-dual-microcontroller-development-platfor