My LED strip doesn't want to light up

Hi, so I have been trying to use a Arduino Nano on my LED Strip https://www.chipoteka.hr/artikl/150207/led-traka-rgb-5v-adresabilna-30x5050-epistar-led-1-metar-8090229195 but when I plug everything in it and upload the code nothing lights up. I'm a beginner and I've been following this YouTube video Use Addressable LED Strip with Arduino || Essential Engineering - YouTube.
This is the code I have for now

If anyone could help me out that would mean a lot. 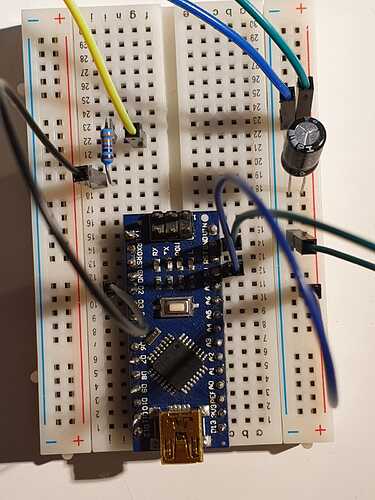 Your topic has been moved here as this forum section is more appropriate than where it was originally posted.

How to get the best out of this forum Installation & Troubleshooting

Hello, Welcome to the Arduino Forum. This guide explains how to get the best out of this forum. Please read and follow the instructions below. Being new here you might think this is having rules for the sake of rules, but that is not the case. If you don’t follow the guidelines all that happens is there is a long exchange of posts while we try to get you to tell us what we need in order to help you, which is frustrating for you and frustrating for us. The people who try to help with your pro…

That all looks plausible, if you’ve correctly hooked the three wires going off you picture to the LED strip which is somewhere off the picture.

Is that a 330 ohm resistor in series with the data line in pin 2? I can’t tell for sure; that’s what your friend in the video used and shoukd be fine.

It doesn’t matter if you don’t have exactly 4 LEDs.

So a mystery just now, check your wiring. Are you powering this through the USB which is unconnected in the picture?

Power shouldn’t be an issue yet. With more LEDs you will want to supply 5 volts directly to the 5 volt pin upon the strip.

You could replace the 255 with, say, 50 in all three places to save your eyes, these things be bright. It would also draw less power. Which shouldn’t be the problem, so.

I’ve never known about this nor used it, it’s tots OK in this circumstance to comment that line out on the slim chance it has anything to do with anything.

Are you powering this through the USB which is unconnected in the picture?

no everything is connected to the breadboard 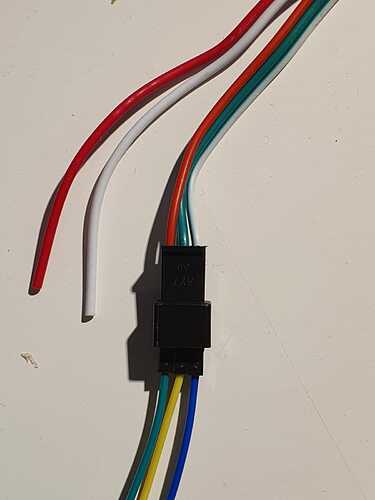 Is that a 330 ohm resistor in series with the data line in pin 2?