The toaster broke a few days ago so I figured I'd turn it into a robot: 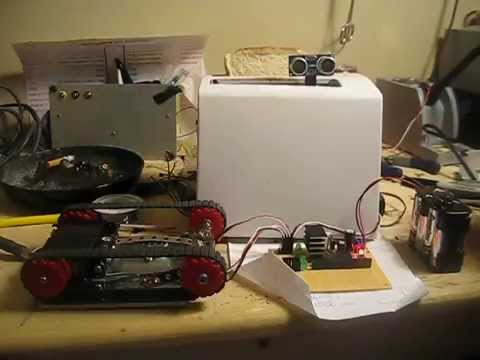 It's just going through some motion testing in the video to make sure the electronics are OK.

I plan on having the ping sensor come up when it's powered on and do some obstacle avoidance. Maybe pop down when triggered by something? I was also considering having the wheels or tracks raise up into the chassis. Kind of a "Turtle Toaster"

Some red pulsing led's in the toast slots?

I'm working on a fork launcher for the 2nd toast slot... 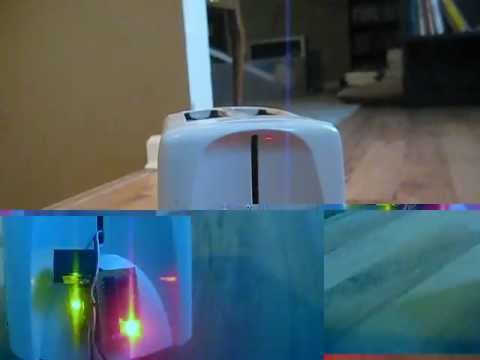 I think this is a great idea.
A spybot hidden in a toaster. Who would be suspicious on a toaster?
Best regards
Jantje

Jantje:
I think this is a great idea.
A spybot hidden in a toaster. Who would be suspicious on a toaster?
Best regards
Jantje

Normally, I wouldn't give a standard toaster a second look. However, one with visible tank treads, an external circuit board and wiring, as well as a bright LED is another matter...

Jantje:
I think this is a great idea.
A spybot hidden in a toaster. Who would be suspicious on a toaster?
Best regards
Jantje

I dunno, I had visions of the talky toaster from Red Dwarf (List of Red Dwarf characters - Wikipedia). Would you like some toast with that? 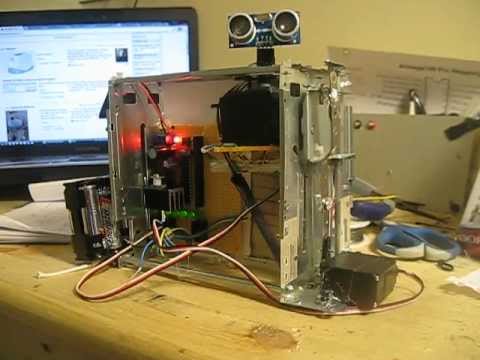 I've been working on this today: 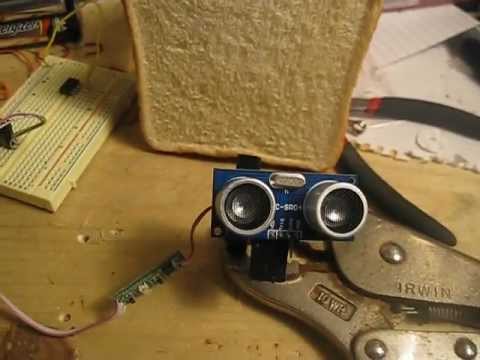 I figured the ability to look up would give him a lot more personality.

position it so it can look up and down. That makes it look real life 8)
Keep up the good work
Jantje

I have the head worked out: 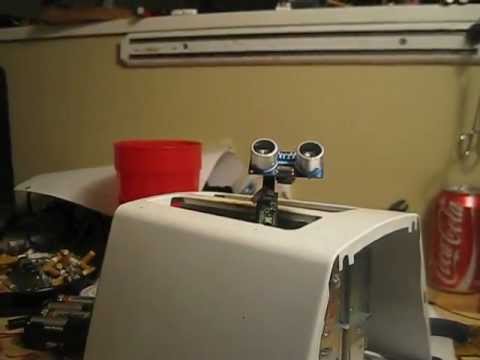 There is just enough room for him to squeeze out the slot and rotate.

Coding him will be a challenge so I'll be looking for some help!

With the head it'll end-up look a bit like WALL-E's "cousin", maybe you should call it TOAST-E?

Well, so far everything fits in the case and works! Wiring up the ping will be the next hurdle... 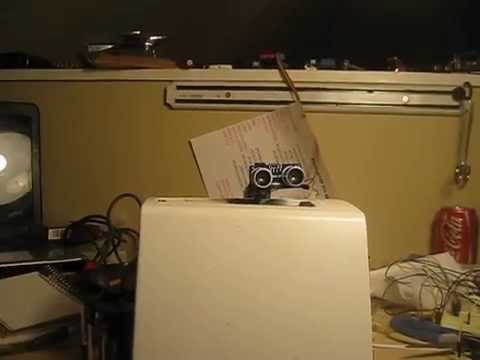 Very amusing! I had to watch all of the videos you posted and like your thinking!

How about giving it some eye-balls? Maybe a couple of red or green LEDs in those cool eye-sockets? 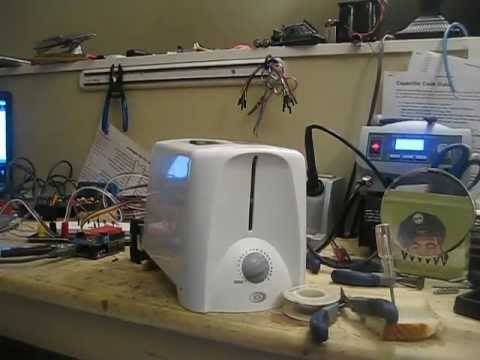 I don't agree, it seems to be appreciably sillier not stupider.

Edit: By the way, I can understand the piece of bread on the work bench, but why does it appear to be impaled with a screwdriver?

I can understand the piece of bread on the work bench, but why does it appear to be impaled with a screwdriver?

To keep it from trying to jump into the toaster, of course.

Place a grenade in the second slot and....

Fire in the Hole

The grenade should be a round jelly donut.

Or a piece of burnt toast.

PaulS:
Or a piece of burnt toast.

Yeah, but a toast just doesn't look like a grenade. I imagine you could shape the toast, assuming it isn't too burned.

FelixFelicis:
...Or a Molotov cocktail..

I'm not sure I would want to put a flaming Molotov cocktail on an electronics hack, unless I was serious about causing damage.