Here are some pictures 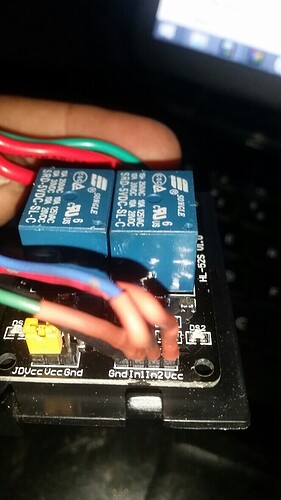 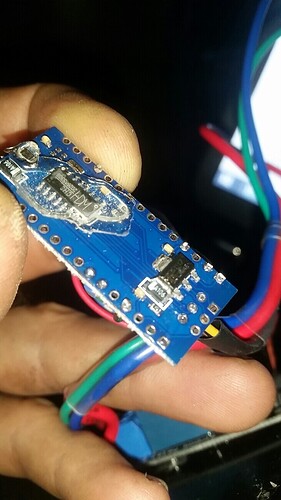 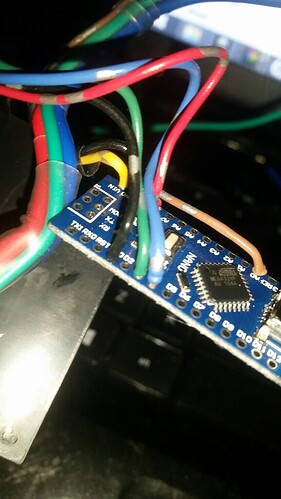 You should be controlling relays which control the bigger relays.

How about a schematic showing how things are connected, and a clear shot looking down on the relay?
Sounds like the jumpers you have used are perhaps letting 12V connect to the 5V supply and damaging the Nano.
Or, letting 5V connect to Gnd.

we have one in the car and running with a freetronics full size arduino and separate relay boards and its been fine from the moment it was installed.

we switched to nano arduinos to reduce the footprint of the box
wiring is exactly the same as the freetronics one we have working yet we have blown 4 different nanos up when power applied.

And by doing that you power the relays from the Arduino. Which the regulator on no Arduino can handle, they are all limited in the amount of current they can supply. Especially when you power the Arduino from the 12V of a car (which can be 14-15V!). The Arduino alone is a big enough load already. So remove that jumper and get yourself a separate 5V regulator for the relay's. I would go for a DC-DC converter not to wast an awful lot of power in the regulator.

And bleg, I do hate those overly complicated opto relay boards.

I assume you have a pencil, paper and a cell phone camera? That works too.

joeltaylor:
The unit works fine but here is the problem

When it is working fine what voltage supply are you using

What 5V input i cant see one on that board.

Do you mean Vcc

Some have a 5V OUTPUT though.

First blown circuit should have been a warning.

Does it blow when you turn it on or when you crank the engine ?

Looking around , although nano has a specified range of 6 to 20V in.

There a few complaints of them smoking when used with a 12V supply.

Voltage levels in a car can also be crazy high with regards to brief spikes.

Yes, and looking at his pictures the input cap appears do have blown off.

Looking at one of mine i notice its rated at 16 V.

Get a plug-in cigaret lighter style USB charger, and use a USB lead between this and the Nano.
Those switching regulators output 5volt with enough current to power the Arduino and two relays.
You most likely can use the Nanos with the blown regulators.
Leo..

If you have 12V available, why not use relays with 12V coils?

Do you still use the same relays? Then you, you're going to blow the regulator. Like I said, the onboard regulator is just a tiny linear regulator which can barely power the Nano when connected to "high" voltages like 12V - 14V from a car. So just switch to an external regulator.

Yeah still using this relay
Would the nano work if i used a 7506 reg to power it
Wired the reg up and it will put out 6.18v would that be enough to power everything
Or should i just stick to using the usb input for power 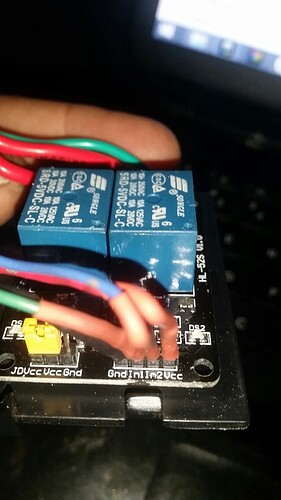 No, not with a 7806. You could use a 7805 but you need a proper heatsink. But just throw out those linear regulators! Those relays have a nominal current of 90mA each. So the whole thing is around 250mA (not counting for inrush current and other devices on the 5V). So the regulator need to drop around 14v - 5V = 9V. 9V x 250mA = 2,25W. That's a significant amount of heat to dissipate!

Just go for a DC-DC converter (like a car USB charger) and you don't have a problem. You can even use the blown Nano's. Maybe decouple the Nano from the relays via a (Schottky) diode.