If you want to use GPS with your design, you might be interested in the NavSpark project now funding on Indiegogo. As far as I know, when it ships it will be the cheapest GPS available, not to mention it has a 32 bit 100 MHz CPU that you can program with a (modified) Arduino-type IDE. The CPU is a LEON3 SPARC which I had never heard of, so it has no binary compatibility with any ATmega or ARM device, but it does have 17 digital I/O including (1) 24-bit PWM and (2) SPI, (1) I2C, and (1.5) UART so in theory at least some existing Arduino sketches could work on it, although I have heard no guarantees in that department. 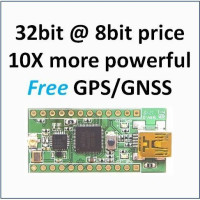 Additional information about is scattered through replies in the "comments" section which I have summarized in my own unofficial NavSpark FAQ here: FAQ: NavSpark GPS / GNSS - Pastebin.com

While we tried to port to Mac OS, we found there is some fundamental issue on the compiler unable to work under Mac OS. Thus unfortunately Mac OS Arduino IDE cannot be supported. Anyone who wish to refund due to this, please drop me a private comment. Sorry about this.

So I wonder if anyone on here can shed some light on the problem? I really want a couple fo these boards but do not want to install bootcamp and windows just for another IDE!

I wonder if LEON3 is a FPGA softcore CPU??

I'm not a FPGA expert but based on the power spec of 30 mA @ 3.3V while GPS tracking, I suspect this is an ASIC rather than a FPGA. It is an open-IP core and you can create your own LEON3 SPARC-V8 on any suitable FPGA dev board, if you want. Might be bigger and run more current though. There are some more details about LEON3 at LEON3 (update: turns out that 5-stage pipeline LEON2 is open for any use, while 7-stage pipeline LEON3 is free for educational use but licensed for commercial use)

I think the unique value here is a complete GPS system plus user programmability, for what I believe is an industry-leading price for any GPS.

The Sparc processor is a descendant of the processor used in Sun workstations and servers starting in 1987 or so. A few years ago, Sun went bankrupt and was bought out by Oracle. SPARC - Wikipedia

The Leon chip used in Navispark is an open source version that was designed for space use: LEON - Wikipedia.

One of the things that Sparc processors have that the AVR and Arm chips used in Arduino and Arduino-like systems is hardware floating point. So, if your code does lots and lots of floating point, the NavSpark might be interesting for you. Note however, that Spark V8 systems are only big endian. So if you are moving code over from an AVR processor, and you use unions or play games with pointers, that things may be laid out differently. In addition, note that AVR processors are 8 bit processors, and the size of int is 16-bits, while Arm and Sparc processors are 32-bit, so the sizeof int is 32-bits.

Alternatively, if you go to the Arm Linux systems like the Rasberry Pi, Beagle Bone Black, these also have hardware floating point.

Thanks for the sparc history lesson

A "user" programmable GPS does have a lot going for it.

A "user" programmable GPS does have a lot going for it.
That was my thinking as well. Apparently at my request, they added a hardware-timestamp feature, so your user code can measure an external input signal with 40 or 60 nsec resolution, based on a clock locked to GPS time. I don't know of any comparable device with this feature; normally you would need a separate CPU running alongside a GPS module.

The ublox LEA-6T has a timestamp feature, but that module is about 10x more expensive, and does not run user code.

I'm interested to get this NavSpark for the following usage.. pls advise if this board is suitable ?

This will saved me from buying a GPS module and used up 2 more pins for running Software Serial...

The details of my projects are in the URL below 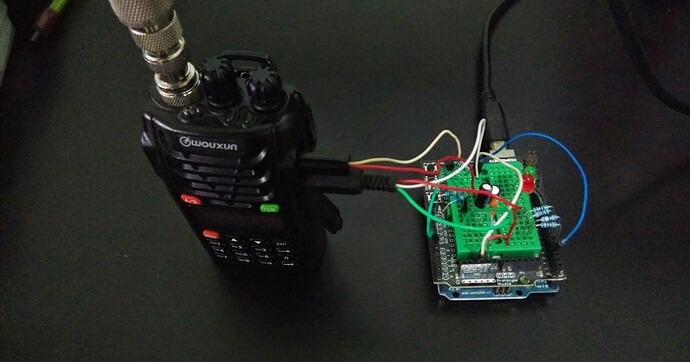 It all started when I was searching the web for open source Atmel AVR or Arduino based APRS engine. There are several projects listed below...

Is the external GPS antenna good as it looks rather fragile ??

You might get a more detailed answer on pluses and perhaps minuses from users at the navspark site, which has a forum: http://www.navspark.com.tw/. From the specs, the navspark has one hardware uart that can do read/write, and another than only do write, so you could hook up the modem for the read/write port, and hook up a display either to the write only uart, or via spi (it doesn't list i2c).

Note, the indegogo campaign that was mentioned at the start of this thread is no longer active, but it was successful in raising money, and the company now sell the navspark's from their store.

Thanks... I re-posted this on NavSpark forum...