My new Arduino Mega2560 displays both flashing and continouly on red LEDs next to the AREF and ON board-text respecively. The arduino seems to work OK with executing the basic scripts included with the arduino software, however the red lights won't go away and after the script is run, the red light comes back. I've tried installing the drivers and running the recommended setup on three different computers with the same results. Any ideas on how to troubleshoot this would be helpful.

Did you ever figure out the problem? I'm having the same issue from a board I ordered from Amazon? The on button was red and the L flashed red even before I installed the drivers. I can't get any program though to upload to it, I get the error 'serial port already in use. try quitting any programs that may be using it.'

It's not the AREF LED, the little stripe between the LED and the "AREF" is actually an "L". 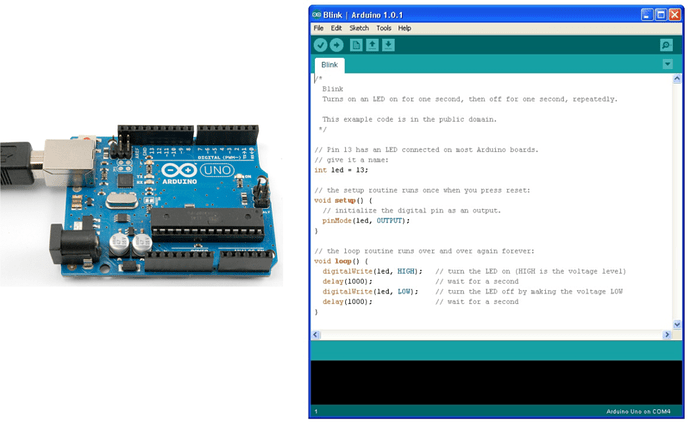 This is Lesson 1 in the Learn Arduino from Adafruit series. In this lesson, you will learn how to program your Arduino to make the Arduino's built-in LED blink.

This is what it means.