Hi, I am using 10.1 " intelligent serie of nextion. I want to rotate the picture on the screen according to the information receiving from the processor (arduino). There is a constant arrow on the picture, only picture will rotate around itself. As an example in attachment, the orange arrow is constant but the picture (in black) will rotate 360 degree ardound itself according to the data which is coming from arduino. is there a command to rotate the picture…I know that I can do this with uploading all different angled photos and I can chose the correct photo according to the value receiving from arduino, but this way is really hard to do because as you know I must add minimum 360 photos (1 degree 1 photo)… so if I can rotate the picture, I do not need to add photos, Is there a way to do this, thanks. 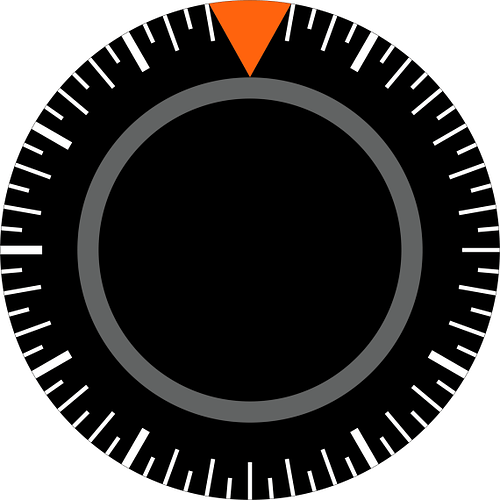 I checked it before, there is no explanation on nextion instruction set

If there is nothing in the Nextion instruction set to do it then it's not possible.

I was sure it is not possible on the basic and Enhanced Netion displays, but I've not got and Intelligent one, so I am not sure what they can do, I just know they can do more than the others.

Do remember that they are designed as a HMI rather than as a display, so some things that are easy on a display are not easy or even possible on a Nextion.

This topic was automatically closed after 120 days. New replies are no longer allowed.